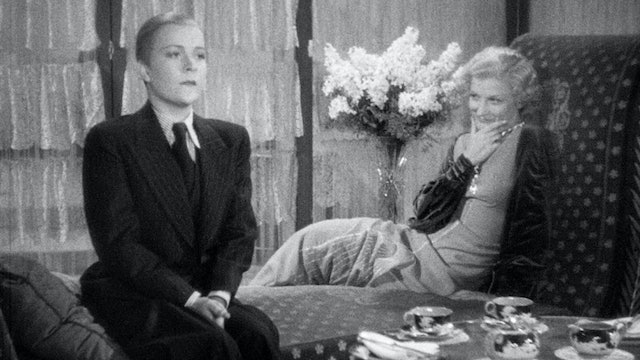 A dazzling musical reminiscent of Lubitsch and Wilder.

In this dazzling musical romance, a young woman unable to find work as a music hall singer partners with a down-and-out thespian to revamp her act. Pretending to be a man performing in drag, Victoria becomes the toast of the international stage. But she soon finds that her playful gender-bending has enmeshed her personal and professional life in a tangle of unexpected complications.

Produced in the final days of the Weimar Republic, Victor and Victoria is charming and outrageous, evoking the sly sex comedies of Ernst Lubitsch and Billy Wilder. Reinhold Schünzel’s film was remade by Blake Edwards in 1982, and reimagined as a 1995 Broadway production—a testament to its enduring relevance as a seminal work of queer cinema.