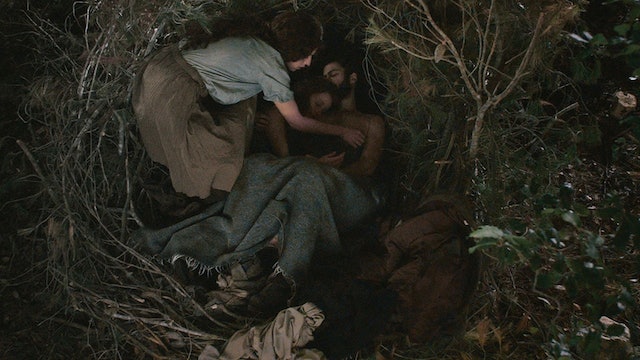 Chernivitsi province, Ukraine. Tsili, a young Jewish woman, has fled her home, narrowly escaping the fate of the rest of her family, who have been deported to a concentration camp. Taking refuge in the woods, with the bombardments of war echoing in the distance, Tsili constructs a small nest-like shelter and forages for food. Another Jewish villager is also hiding here; after addressing her in Yiddish, Marek learns Tsili is of his people, and shares her nest. One day Marek ventures to the village in search of supplies, but he will never return.

Based on a novel by Aharon Appelfeld, Tsili poetically captures the experience of a young woman forced to survive in the wilderness during the darkest chapters of World War II. Amos Gitai’s film premiered at Venice, São Paulo, and Tallinn Black Nights Film Festival.