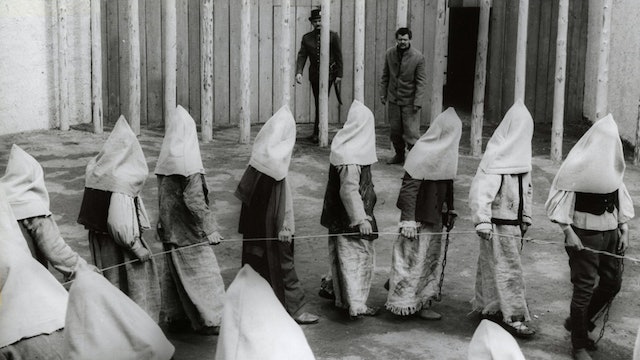 A hypnotic, dazzling vision of war.

Miklós Jancsó’s most renowned work depicts a prison camp in the aftermath of the 1848 Hungarian Revolution. After the Hapsburg monarchy succeeds in suppressing Lajos Kossuth’s nationalist uprising, the army sets about arresting suspected guerillas, who are subject to torture and other psychological subterfuge in an effort to extract information about highwayman Sándor Rózsa’s band of outlaws, who continue to wage armed struggle against the Hapsburgs.

Jancsó’s camera stays in constant, hypnotic motion, absorbing the developing dynamics and antagonisms between the prisoners and their captors, exalting its characters’ resistance and perseverance in the face of brutal, authoritarian repression. The Round-Up premiered at Cannes, Locarno, New York Film Festival and Shanghai. 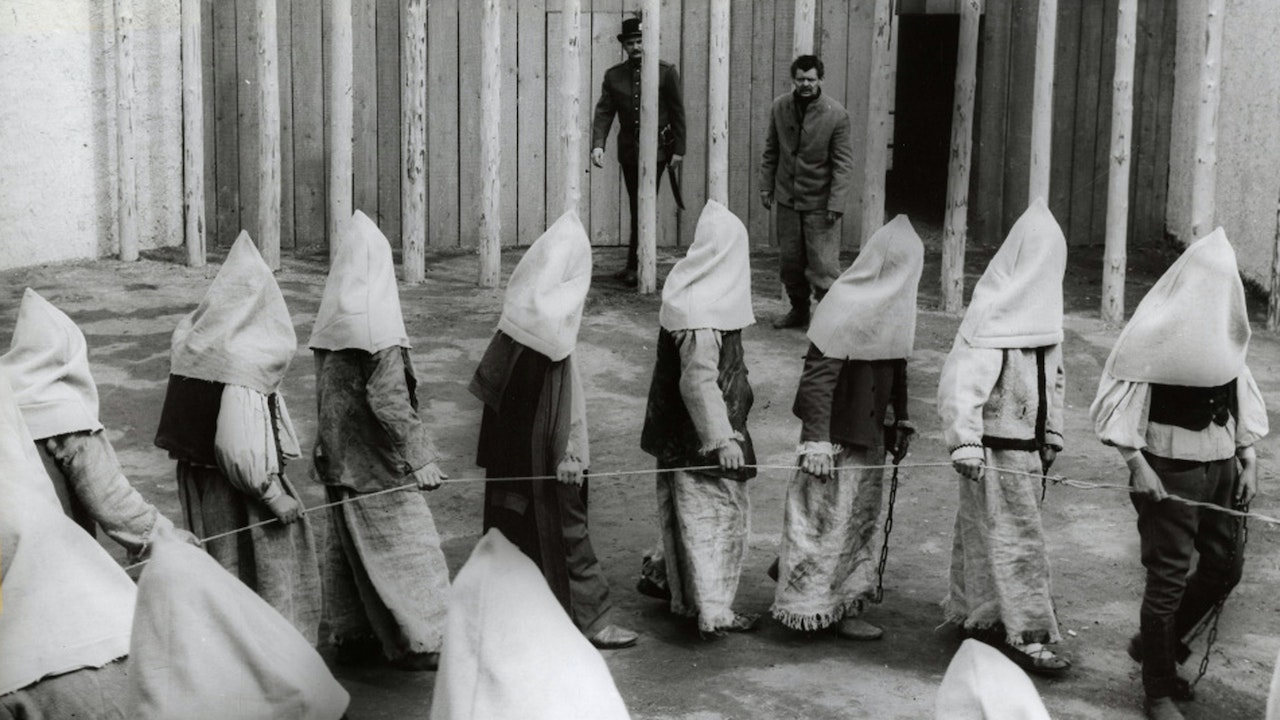