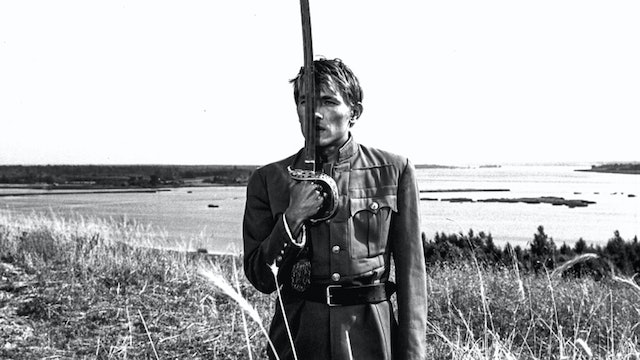 The Red and the White

A magnificent formal investigation of war.

Set in Central Russia during the Civil War of 1918, Russia's Red soldiers and the counter-revolutionary Whites engage in murderous entanglements in the hills along the Volga. This epic conflict moves with skillful speed from a deserted monastery to a riverbank hospital to a final, unforgettable hillside battle.

A haunting, powerful film about the absurdity and evil of war, The Red and The White was restored in 4K from its original 35mm camera negative by National Film Institute Hungary - Film Archive. Miklós Jancsó’s sixth feature premiered at Cannes, Ghent, and Shanghai.