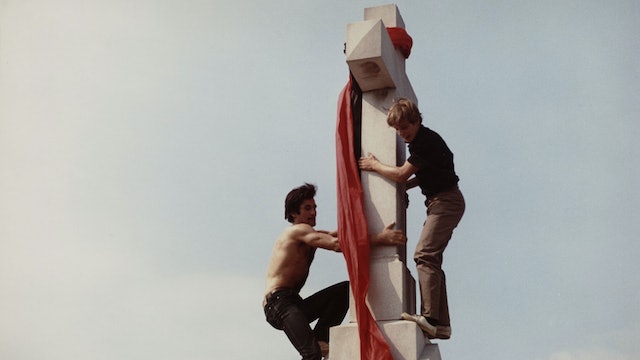 The virtuoso vision of a master at the peak of his powers.

Paralleling the dramatic student demonstrations that were exploding across the world in the 1960s, The Confrontation is a story of protest and rebellion. Miklós Jancsó’s first color film is a virtuoso display by a director at the peak of his powers, eloquently exploring the complex issues and inherent problems of revolutionary democracy. The Confrontation was selected to premiere in Competition at the 1968 Cannes Film Festival, which was famously canceled due to the social upheaval occurring in France at the time, and whose political resonances are found in Jancsó’s film.