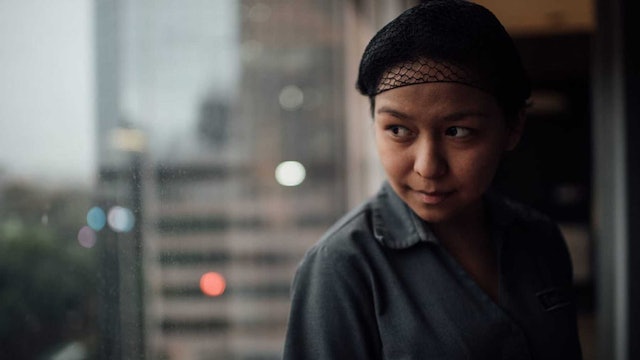 Eve works as a chambermaid at a luxurious hotel in Mexico City. Steeped in architectural splendor and sumptuous textures of privilege, Eve's surroundings are privvy to others, not her. She labors invisibly, a fleeting presence populating non-spaces—service elevators, corridors, cleaning facilities. With repetition, Eve's monotonous days tending anonymously to the needs of others evoke the restlessness of her own dreams, which linger in these absent spaces.

Charting the emotional landscape of the female laborer across spaces not designed for her consumption, The Chambermaid poignantly captures forms of subjugation both overt and subtle. Lila Avilés's feature debut premiered at Toronto, the San Sebastián International Film Festival, AFI Fest, and New Directors/New Films. 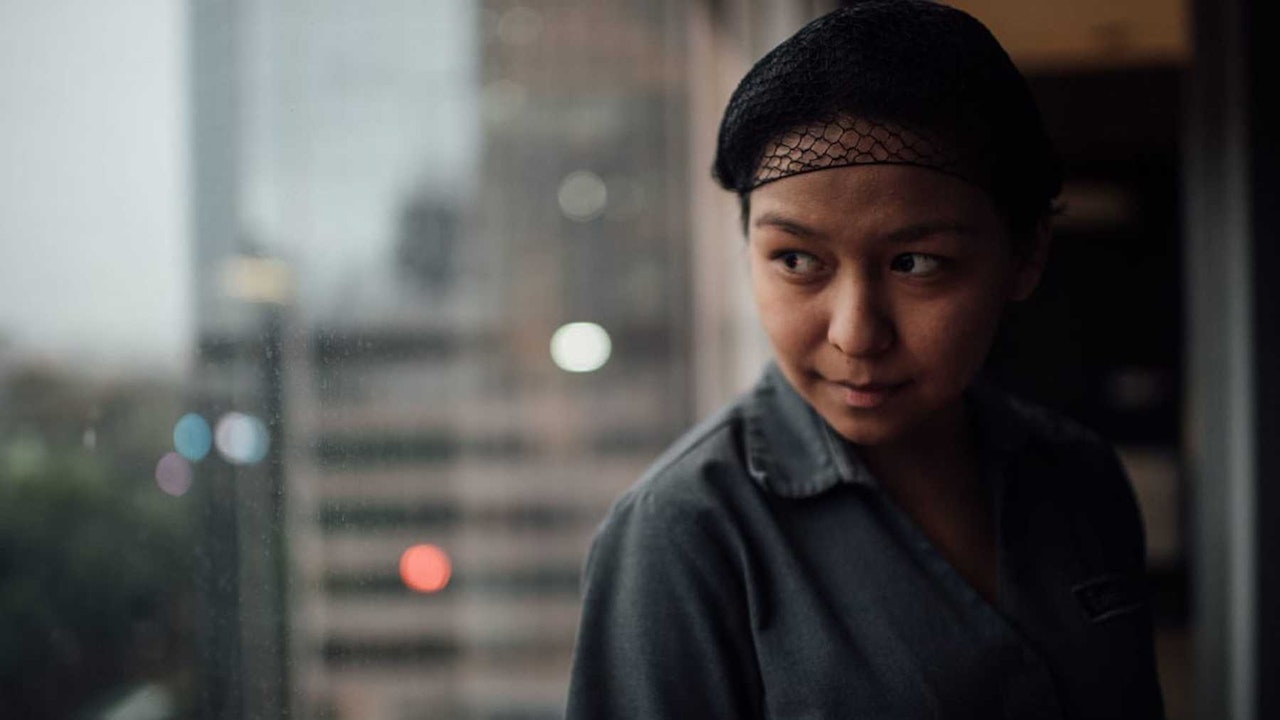