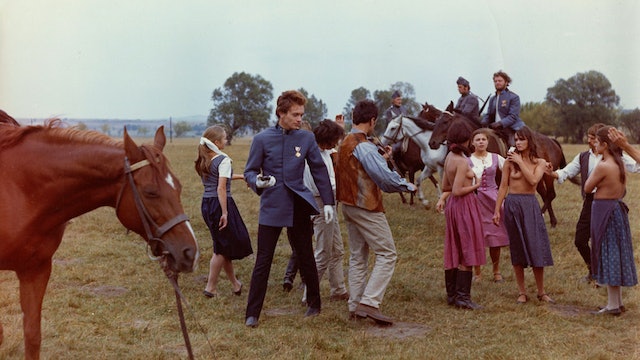 A wartime thriller and winner of Best Director at Cannes 1972.

1890s, the Hungarian plains. A group of farm workers go on a strike, demanding basic rights from a landowner. They are met with soldiers on horseback, facing harsh reprisals which spiral into revolt, oppression, and violence.

Winner of the Best Director prize at Cannes in 1972, Red Psalm is widely considered to be the greatest Hungarian film of the 1970s. 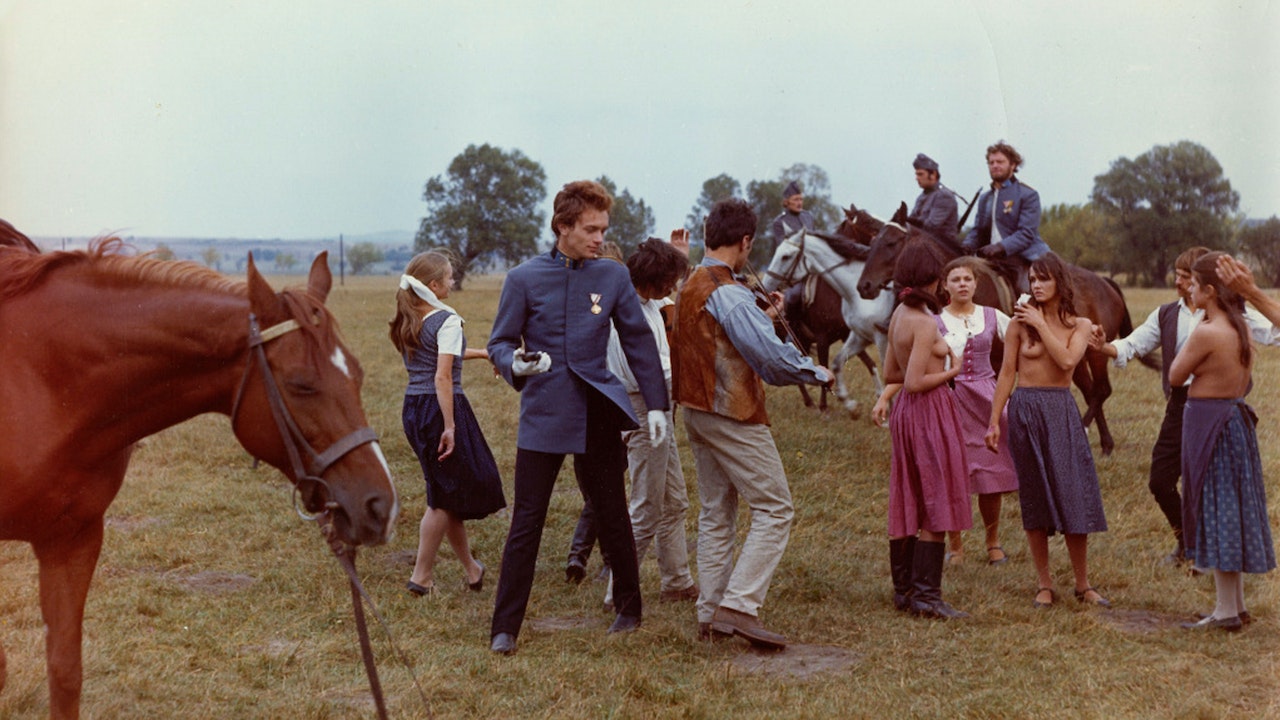