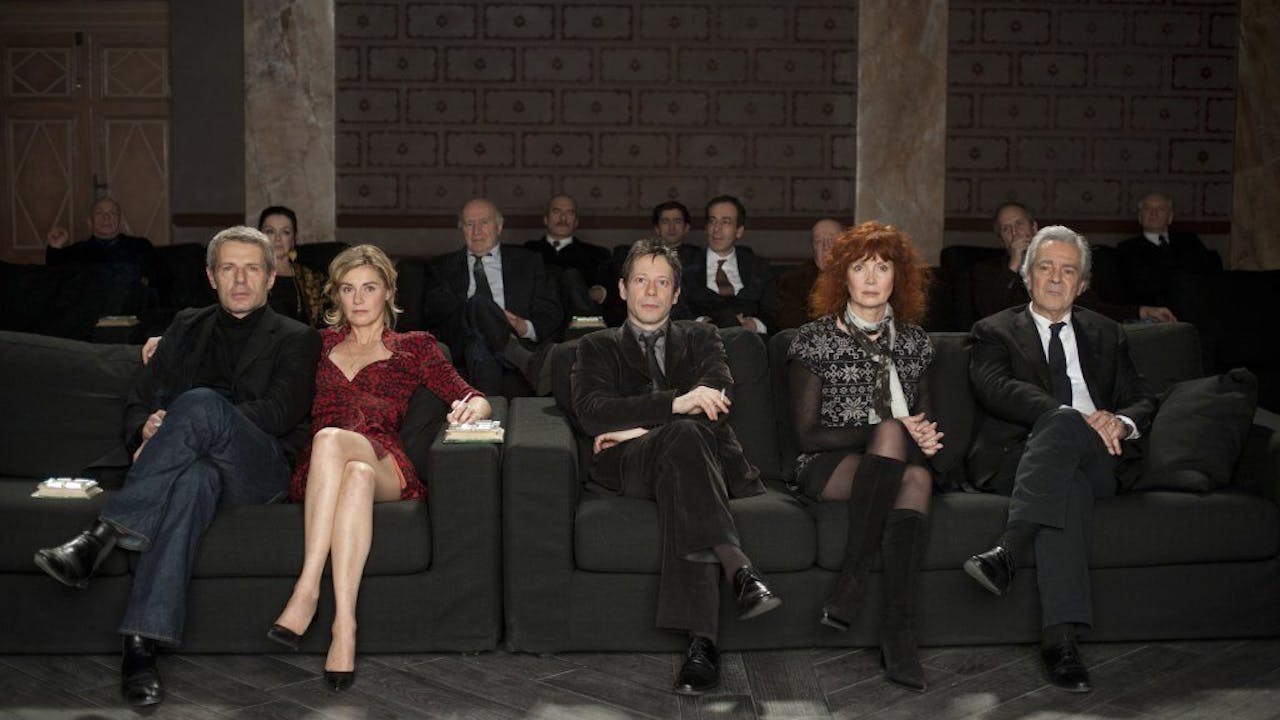 You Ain't Seen Nothin' Yet

Actors take over in this exploration of the creative process.

A coterie of French actors have been summoned to bear witness to the last will and testament of Antoine d'Anthac, a theater director with whom they have worked over the years. Appearing on a television screen from beyond the grave, Antoine explains he would like his long-time collaborators to assess an experimental theater company's rendition of Eurydice, a play he wrote, and which all the actors had performed as younger versions of themselves.

Featuring performances by Resnais collaborators Mathieu Amalric, Michel Piccoli and Sabine Azema, and probing the boundaries between reality and fiction, one's character and oneself, You Ain't Seen Nothin' Yet! is a galvanizing exploration of the creative process by one of cinema's most renowned auteurs. The penultimate film from legendary French director Alain Resnais (Hiroshima mon amour) premiered at Cannes, Karlovy Vary, New York, BFI London and Vancouver. You Ain't Seen Nothin' Yet! is a New York Times Critics' Pick.