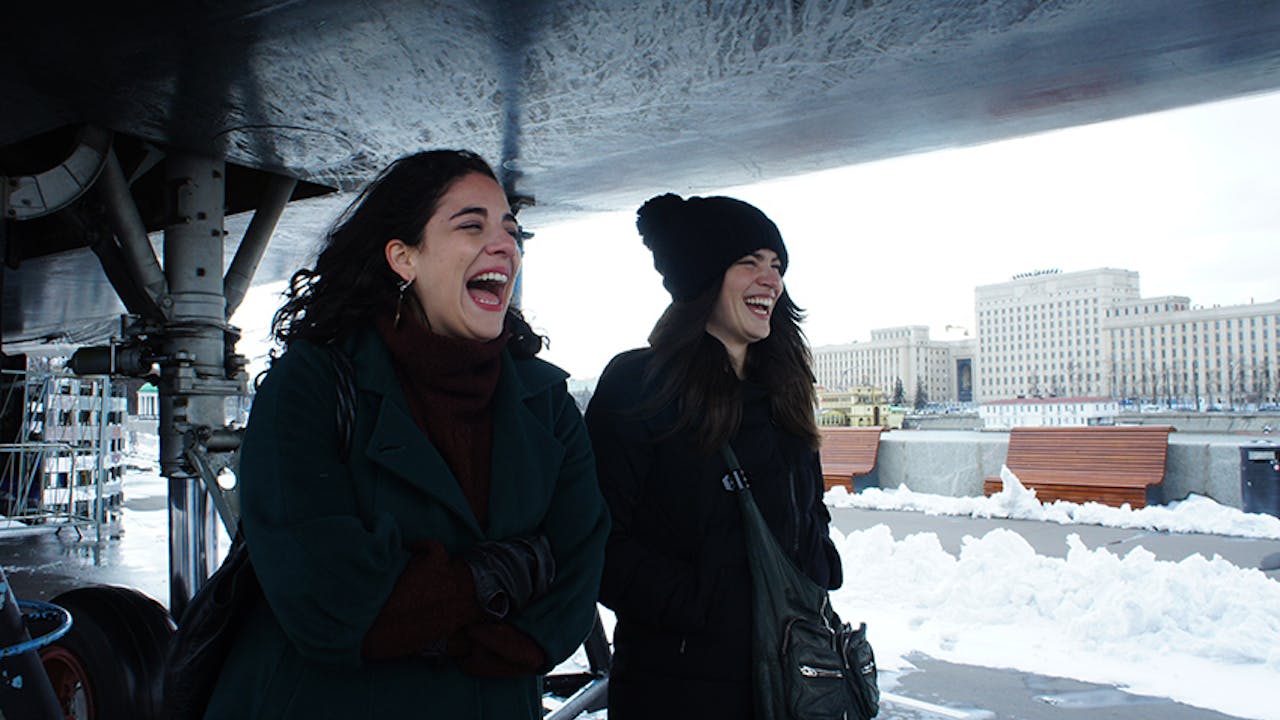 Marta and Manu are actresses and best friends who decide to travel from Brazil to Russia to study Stanislavski, the pioneer of the acting method. A quest for reinvention—both artistic and personal—ensues against the backdrop of a majestic and complicated Russian winter: blizzards, quarrels, passions, and liters of vodka. In the end, acting becomes a means by which the girls transcend both their characters and themselves, driven by a strict instructor who brings them to their limits.

Vermelho Russo (Russian Red) is the first ever Brazilian-Russian film co-production and premiered at Ourense, São Paulo and Rio de Janeiro, where it won Best Screenplay.