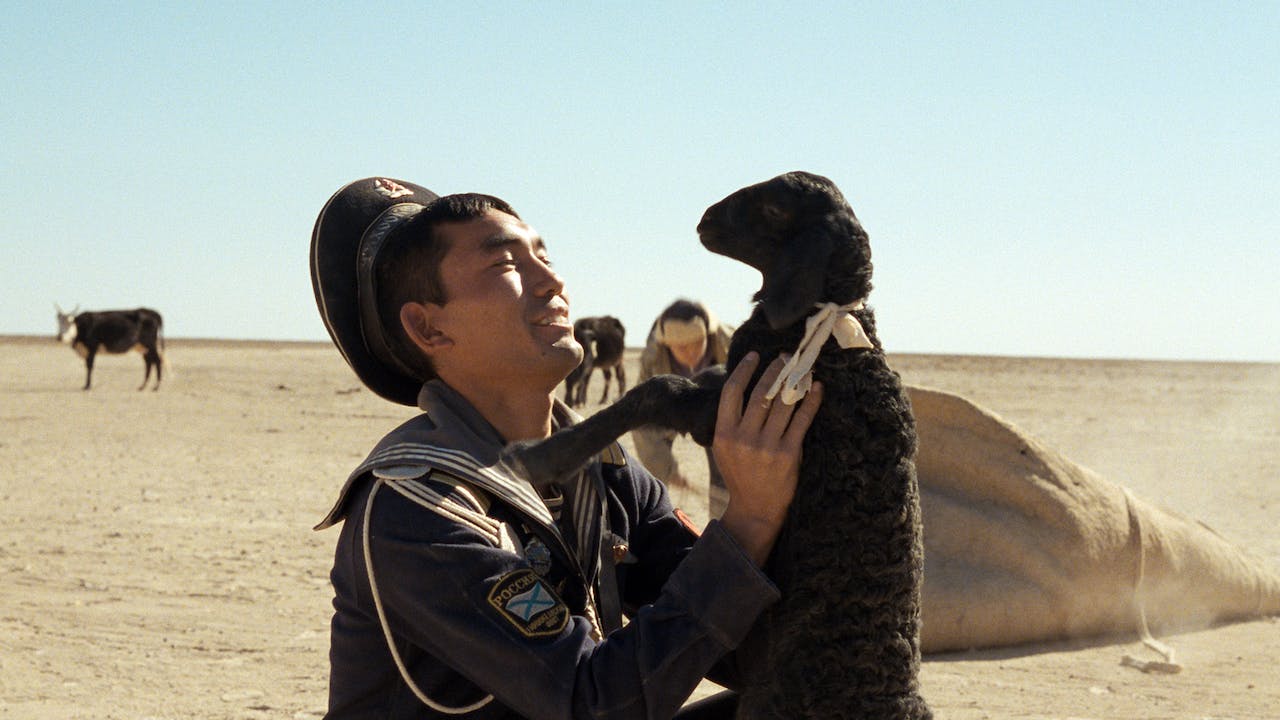 Tulpan captures the rhythms of nomadic existence in a surreal and barren landscape, revealing a starkly beautiful, if not vanishing way of life

Upon completion of his Russian naval service, Asa returns to the windswept Kazakhstani steppe where he dreams of establishing himself as a herder of sheep and goats. In order to acquire a flock of his own, however, Asa must first marry—the only eligible woman for miles is Tulpan, his neighbor's enigmatic daughter.

Sergey Dvortsevoy's first narrative feature premiered at Cannes, where it won Best Film in Un Certain Regard. Tulpan was the fourth film ever submitted by Kazakhstan to the Foreign Language Academy Award, and is a New York Times Critics' Pick.