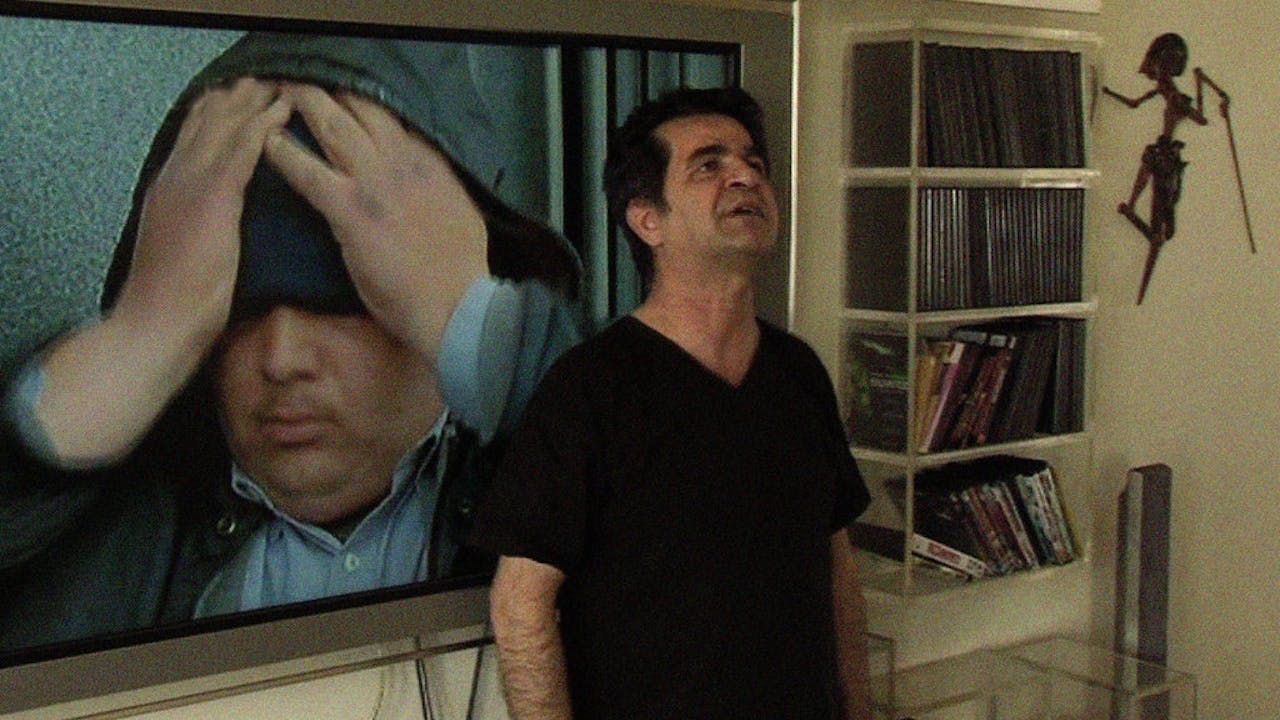 This is Not a Film

Inscribes small acts of resistance in the fabric of quotidian existence, as celebrated Iranian filmmaker Jafar Panahi remains enclosed within the confines of his Tehran apartment.

Iranian filmmaker Jafar Panahi is under house-arrest, awaiting sentencing for anti-regime activities and banned from filmmaking for 20 years. He calls his collaborator Mojtaba Mirtahmasb on the phone and talks about not making films, drinks tea, and plays with his daughter's iguana. All the while he films himself with a commercial-grade HD camera and his iPhone, making sure not to call cut. A brief respite occurs when Panahi steps onto his balcony as the sun sets across Tehran, its streetlights glittering in the distance.

Apparently smuggled into Cannes on a USB drive hidden inside a birthday cake, This is Not a Film premiered at Mar del Plata, New York, and Sofia, where it won the UNESCO Award for Best Documentary.