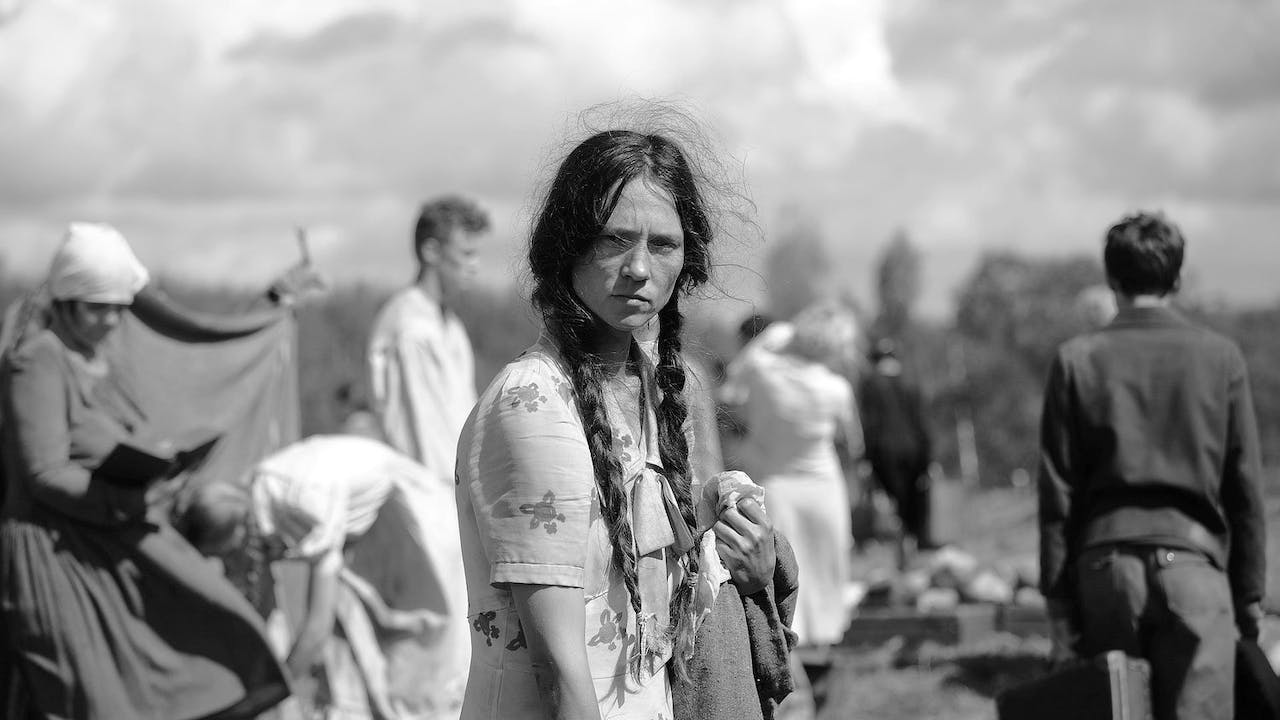 The Chronicles of Melanie

Based on the life of journalist Melānija Vanaga, The Chronicles of Melanie documents the Soviet purges of the Baltic states by resurrecting the voice of a singular female victim.

In the early morning of June 14, 1941, Melanie and her 8-year-old son Andrejs are, along with over 40,000 people from Latvia, Estonia and Lithuania, arrested and dispatched to permanent exile in Siberia. Ignorant of her husband's fate, Melanie moves into the barracks and begins forced labor; she writes Aleksandrs hundreds of love letters that are never sent, since his address remains unknown. After 16 years, Melanie is released and returns to Riga, a place she hardly recognizes.

Viesturs Kairiss' third narrative feature premiered at Tallinn Black Nights where it won Best Cinematography, and was selected as the Latvian entry for the Best Foreign Language Film at the 90th Academy Awards.