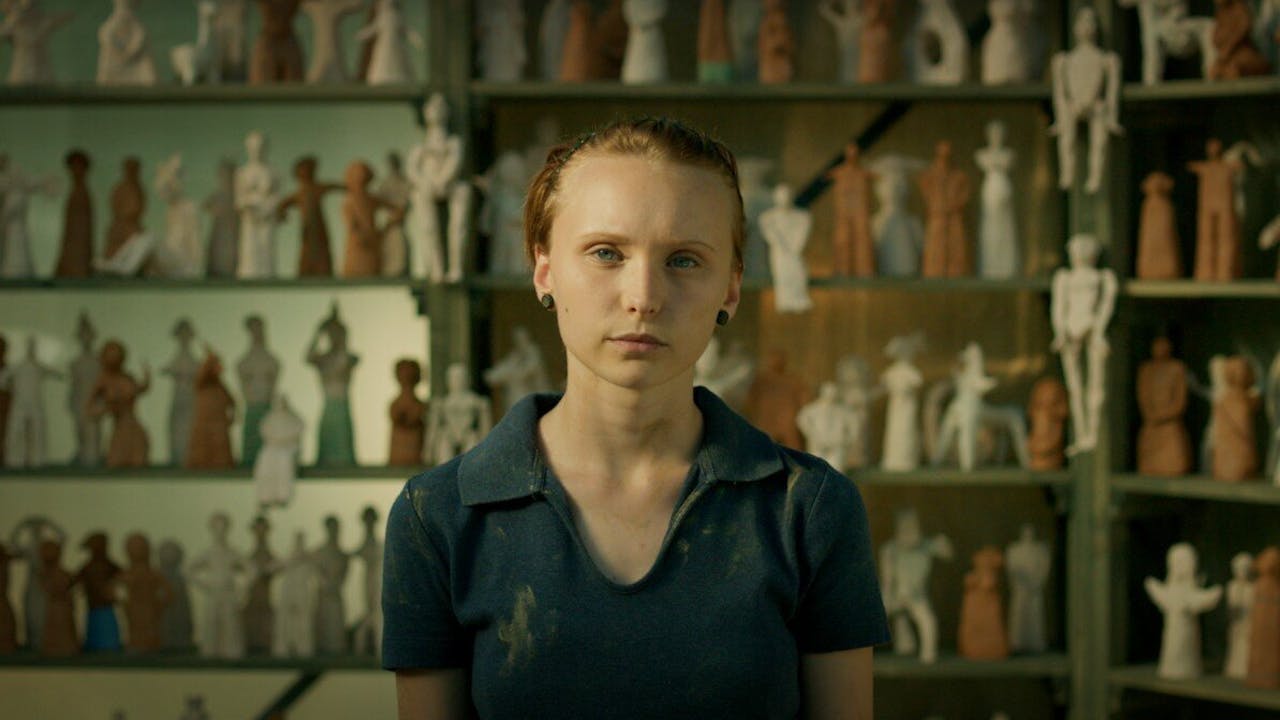 Explores the doldrums of small-town existence as a young ceramist prone to falsehoods stumbles upon a stunning revelation from her mother's past.

Rayna lives in present-day Bulgaria with her mother and sister, Kamelia. Their father is nowhere to be seen; to make ends meet, the three women run a ceramics studio, hustling their wares to tourists who pass their residence, which lies at a local intersection. Steeped in the doldrums of small-town existence, Rayna often tells lies to make her life seem more interesting. But soon she gets trapped in a web of her own making, undermining her sister's burgeoning romance with Milo, a scrap dealer in the community. When trouble ensues, Rayna unwittingly discovers a long-hidden truth about her mother.

Sister premiered at BFI London, Göteborg, Thessaloniki; San Sebastián, where it won a New Directors Award - Special Mention; and Warsaw, where it won the FIPRESCI Prize.