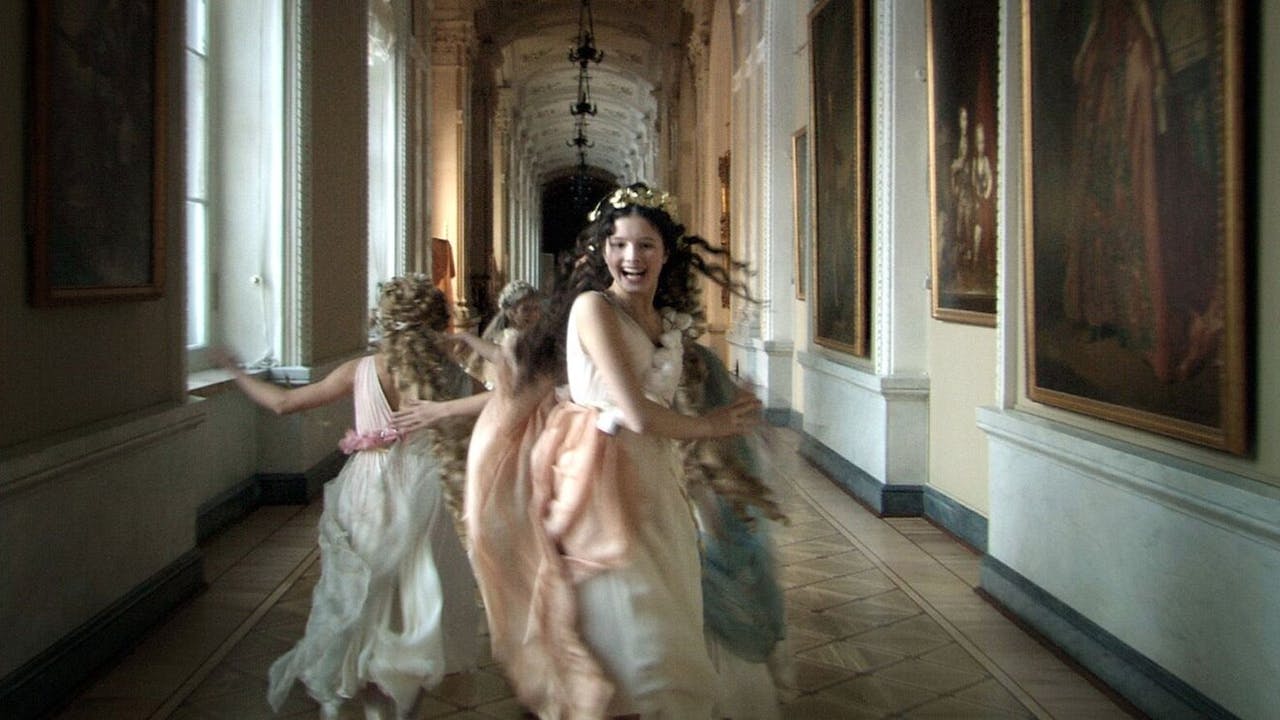 Filmed in one 96-minute, continuous single-take shot—the first work of cinema to ever do so—Russian Ark foregrounds the sustained unfolding of cinematic time and space as a process of contact and withdrawal, a mode of relation to the lost grandeur of an empire.

A ghost drifts about the grounds of St. Petersburg's sumptuous Hermitage Museum. He is invisible to the Winter Palace's inhabitants, save the eccentric French aristocrat Marquis de Custine. Together they wander through the labyrinthine space, encountering historical characters along the way—in one room, they bear witness to Peter the Great engaged in a bout of rage; in another, Catherine the Great dashes about in search of a restroom. Tsar Nicholas I is glimpsed holding an audience with the Shah of Iran before these two lost souls happen upon the Great Royal Ball of 1913, an extravagant event held on the eve of the Russian Revolution.