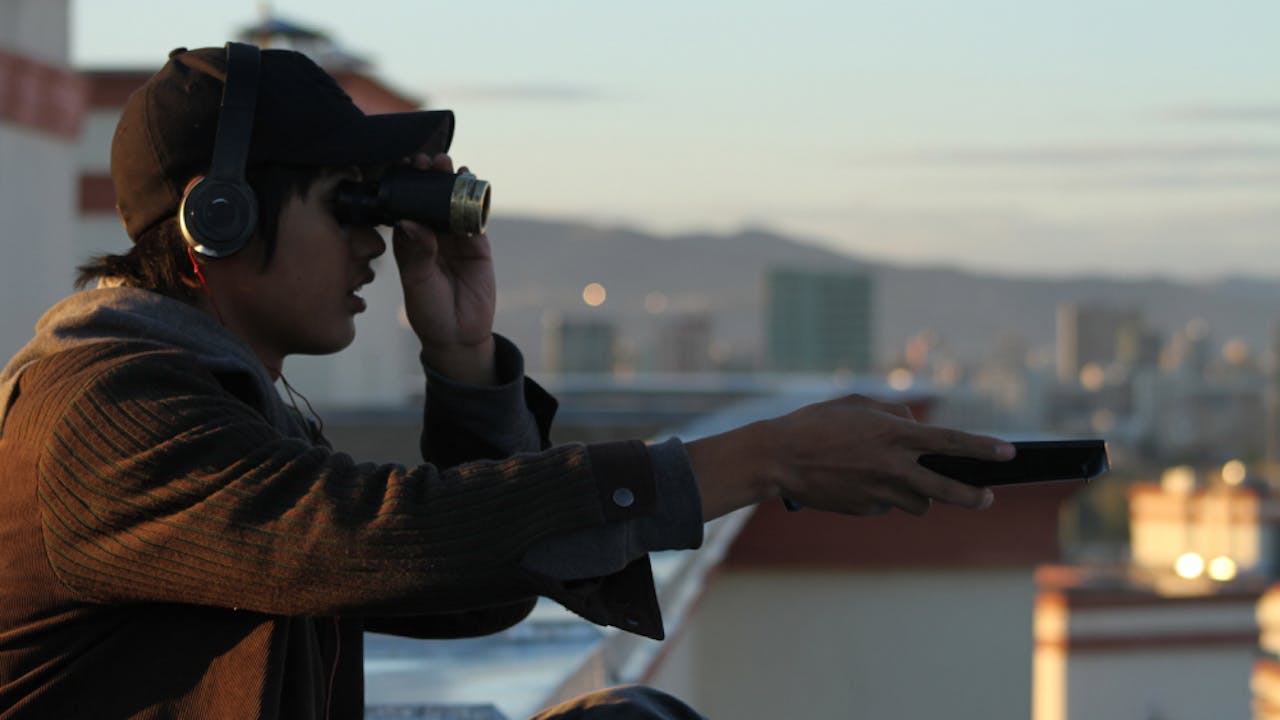 Allegorizes tectonic shifts in Mongolian society through the tale of a young boy perched on a roof in Ulan Bator, seeking to manipulate the lives of others with a stolen television remote.

Teenage boy Tsog lives in the slums outside Ulan Bator. He sells milk from his neighbor to support his family, with whom he frequently quarrels. The flight of his imagination is Tsog's only solace—he spends hours drawing his hero, a young monk. After a fight with his parents Tsog takes off to the city, where he settles on the roof of an apartment building. From this new vantage point he spots a beautiful but troubled young woman inhabiting a nearby penthouse. Seeking to intertwine their fates—to bridge the gap between their social, economic, and spiritual conditions—Tsog steals a remote which he uses to control the young woman's television set.