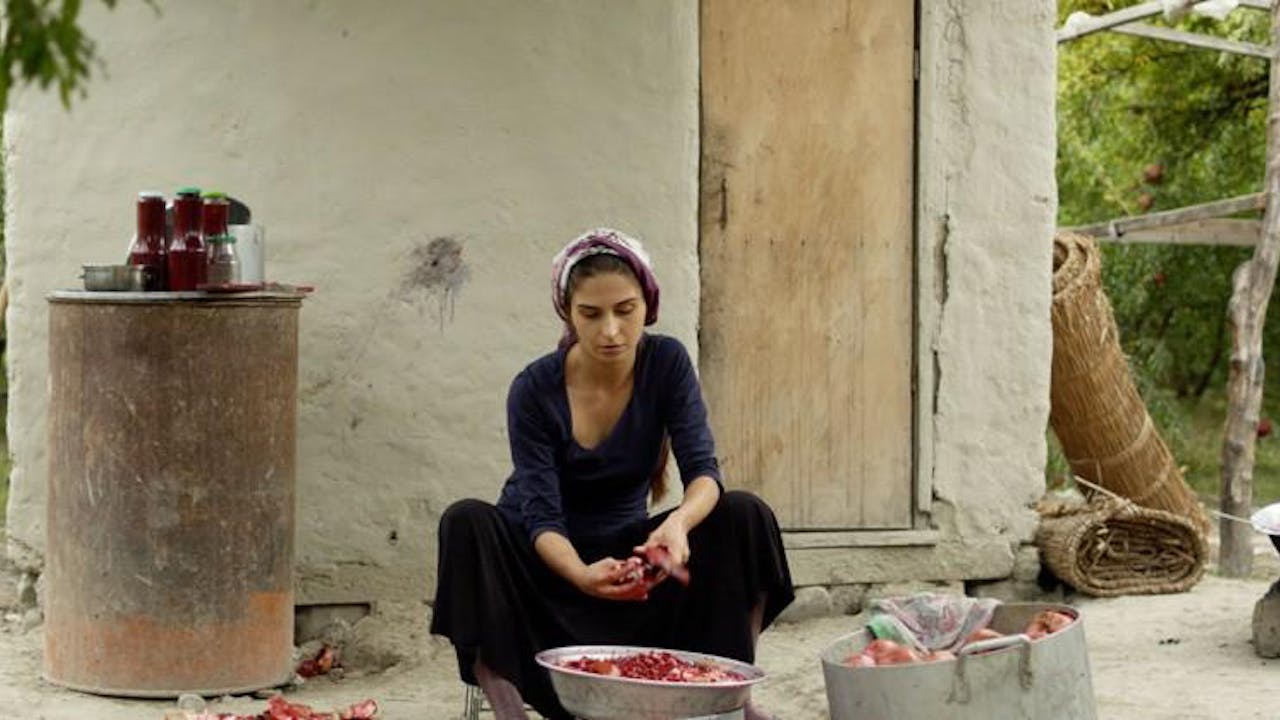 An adaptation of Chekhov’s The Cherry Orchard set amid the vivid landscapes of Azerbaijan, as a family weighs whether to sell their farm.

Shamil lives in rural Azerbaijan, on a tranquil farm surrounded by fields of ancient pomegranate trees. Old age has begun to take its toll and, sadly, his daughter-in-law Sara and her young son are unlikely candidates to continue his legacy. The decision to sell the farm weighs heavily on Shamil until his son Gabil returns home one day, after a twelve year absence.

Ilgar Najaf's second feature premiered at Karlovy Vary and won Best Screenplay at Minsk. Pomegranate Orchard was selected as the seventh Azerbaijani submission in history for the Foreign Language Oscar.