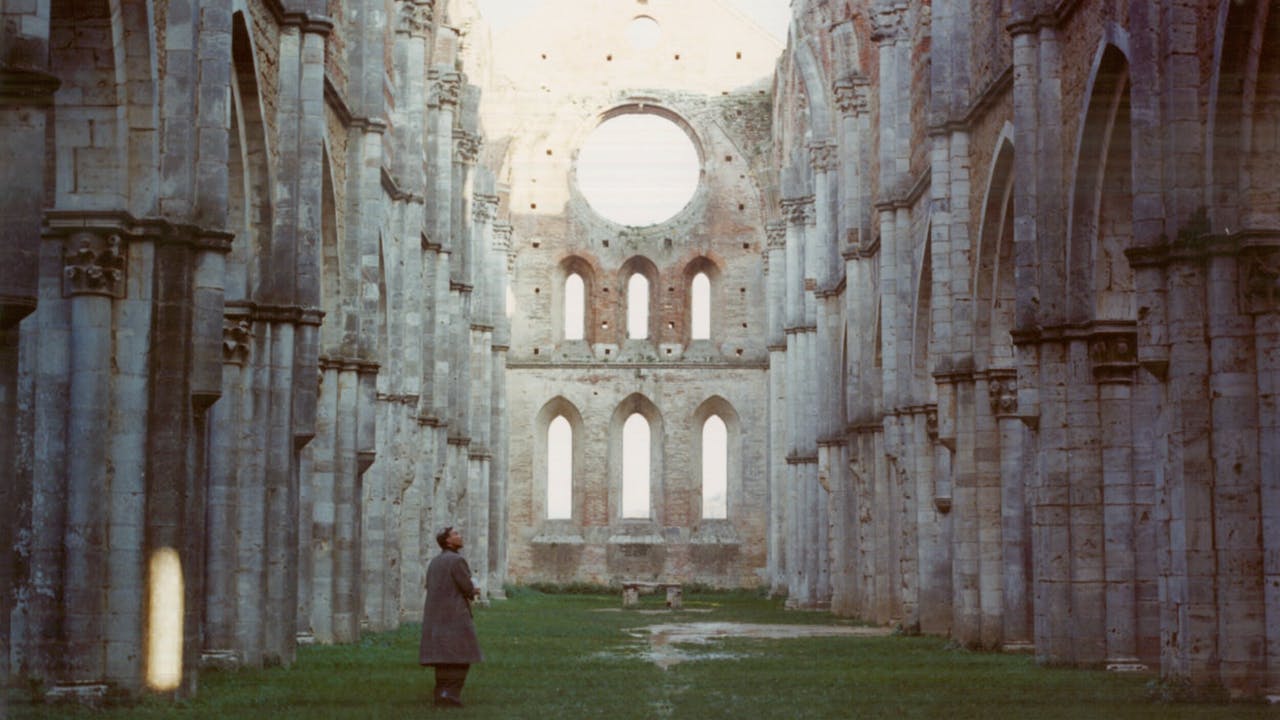 Shrouded in diaphanous textures of mist, fog, and rain, and blending memory and reality to the threshold of discernibility, Nostalghia evokes the distinct sensation of being elsewhere, far from home.

Russian poet Oleg Yankovsky has traveled to Tuscany, where he is doing research. While there he becomes often distracted by memories of his home, alienated from the stately architecture and lush landscapes that surround him. Infatuated with the Botticelli-like beauty of his translator, Eugenia, he cannot manage to connect with her; he prefers the company of Domenico, a rambling lunatic hastening the end of the world.

Legendary filmmaker Andrei Tarkovsky's penultimate work, and the first to be shot outside his native Russia, premiered at Cannes, where it won Best Director, the Prize of the Ecumenical Jury, and the FIPRESCI Prize. That the film did not win the Palme d'Or has been speculated as owing to Soviet censorship, strengthening Tarkovsky's resolve to never return.