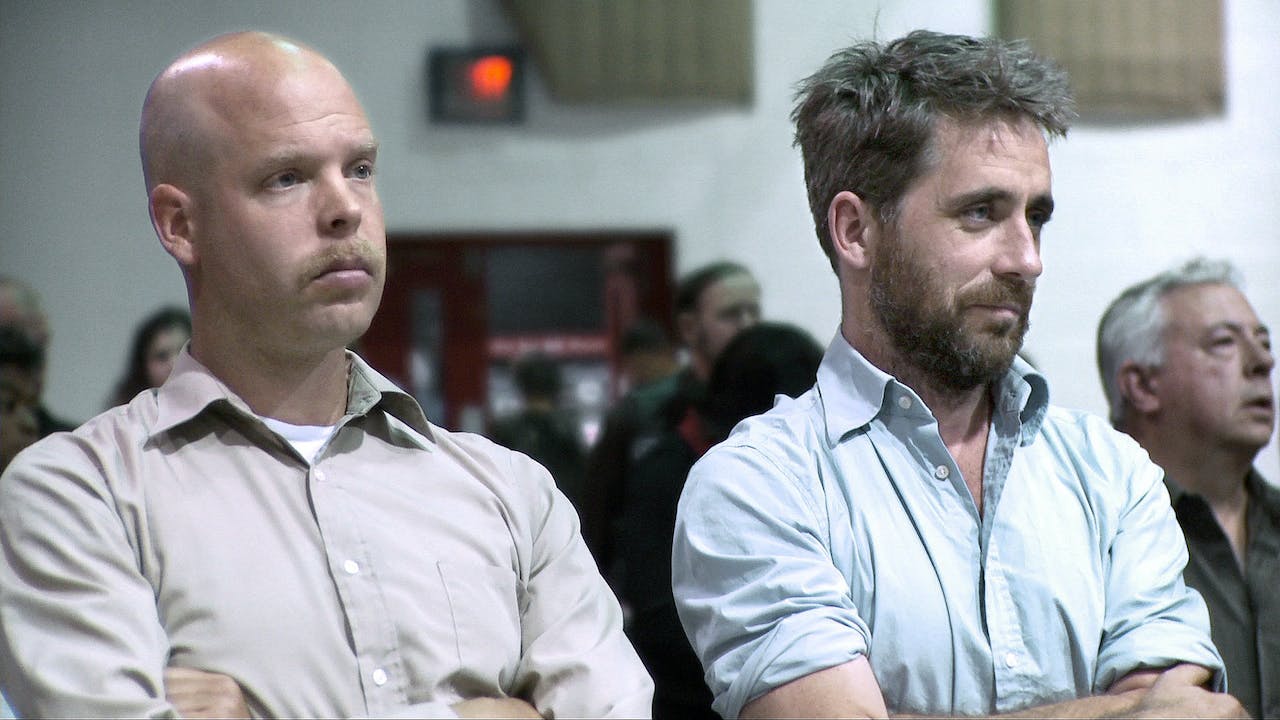 Sean has just returned to the United States after a tour of military service in Afghanistan. He is having trouble adjusting to his new life. His co-worker, Ike, is an Evangelical Christian who seeks to lead Sean on a path to peace and redemption.

Shot in a cinéma vérité style and with galvanizing performances from its two leads, New Jerusalem examines the contours of male friendship and modern utopian belief within a rarely explored milieu of American society. Rick Alverson's second feature premiered at Rotterdam, SXSW, and CPH:PIX.