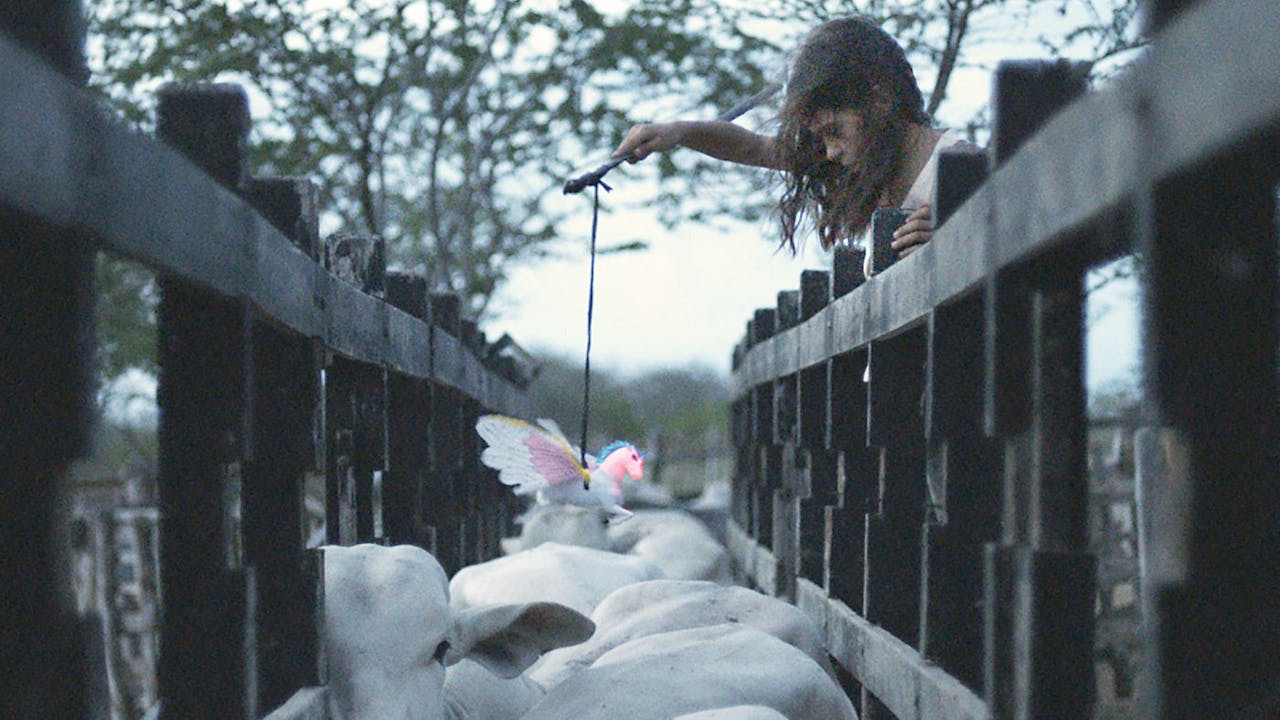 Evoking northeast Brazil’s rural traditions alongside dreams of its burgeoning fashion industry, and attuned to the commodification of bodies across species, Neon Bull deconstructs conventional notions of masculinity through its oneiric, sensuous portrayal of a man suspended between a region's past and its future.

Iremar works in the rarefied, exclusively male world of the vaquejada, a sport native to northern Brazil in which cowboys attempt to bring bulls to the ground by their tails. He travels with these animals, feeds them, and dusts their tails before they run. However, in his free time Iremar rummages for loose fabric and mannequin parts among isolated dumping fields. As the monotony of his day job sets in, Iremar is increasingly enchanted by the idea of designing costumes for exotic dancers, starting with his close friend Galega.