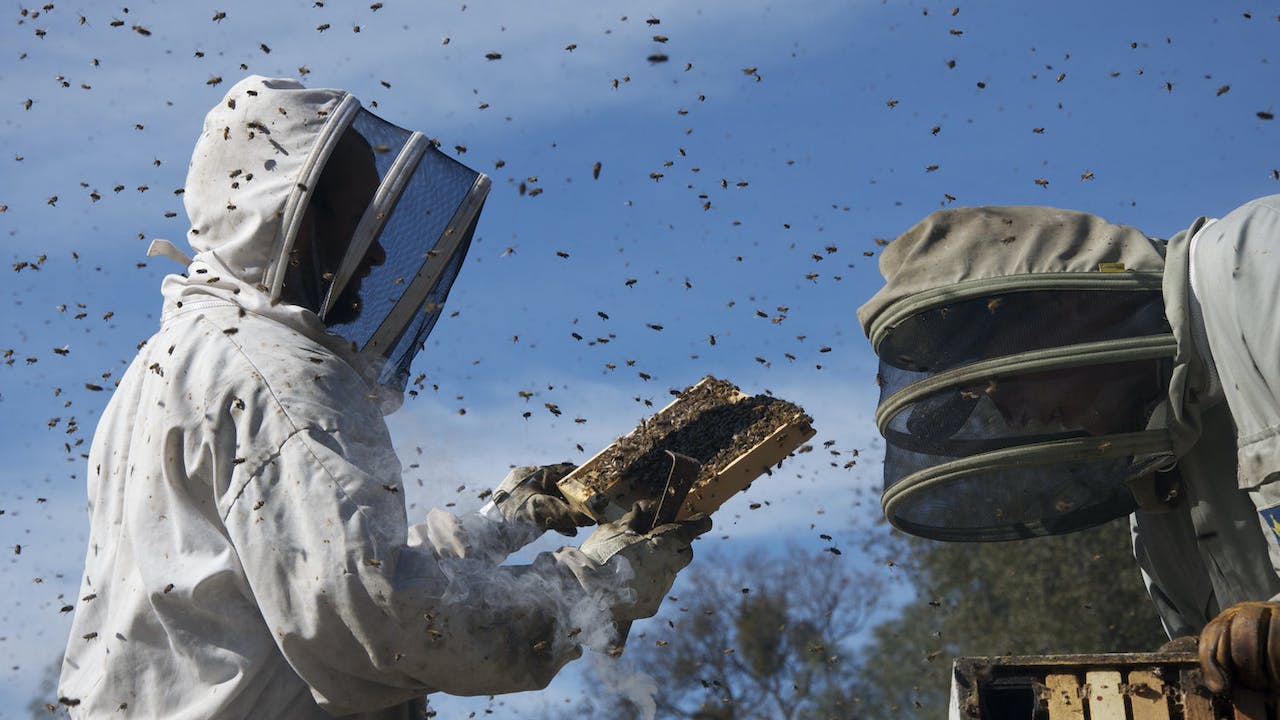 Populations of bees are vanishing at a rapid pace across the globe—the phenomenon has been labeled colony collapse disorder, wherein the delicate ecosystems of apiary life are unraveling. Responsible for the vast majority of plant pollination, bees are indispensable to the global food supply chain and, thus, human life. Echoing Albert Einstein, a voice-over warns that if the former were to die out, the latter would last hardly four years.

More Than Honey premiered at Locarno, CPH:DOX, and Santa Barbara, where it won Best Documentary Film.