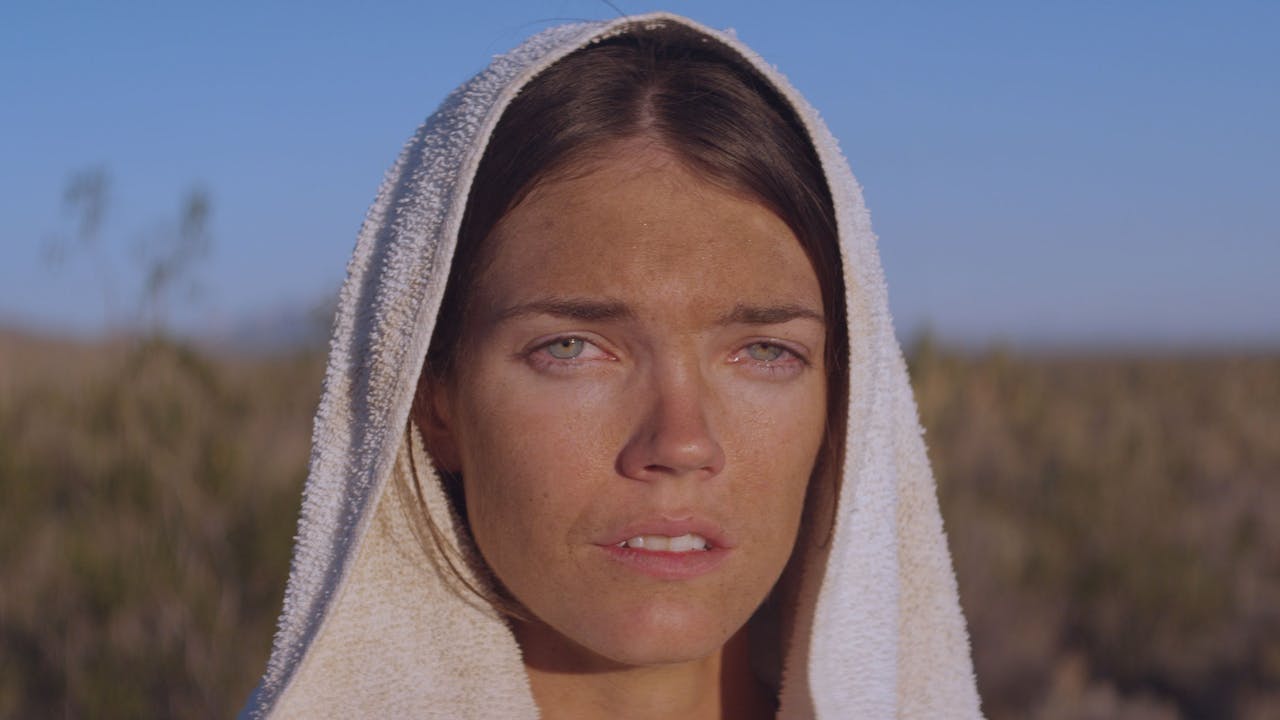 A modern-day vision of Mother Mary's pilgrimage set against the scorched vista of the American Southwest.

A woman appears in the desert, dressed in a pink t-shirt and cowboy boots. She hitches a ride along a vast, abandoned road en route to Las Vegas. Suddenly in an urban wasteland, she moves across filthy motel rooms, swimming pools, the hood of an Oldsmobile.