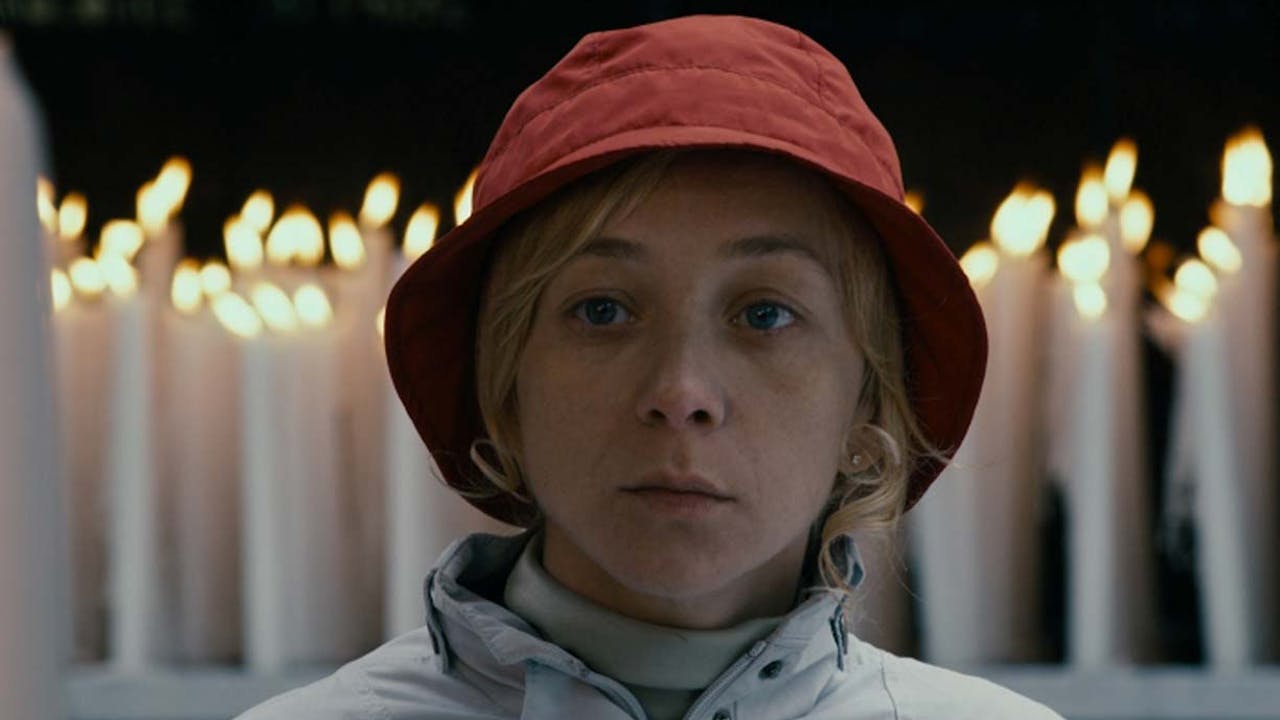 Charting a course of ambiguity between faith and doubt, Lourdes unsettles epistemologies regarding the occurrence of miracles.

Christine is afflicted by multiple sclerosis and thus confined to a wheelchair. Like many other pilgrims she travels to Lourdes, a tiny town high in the Pyrenees that remains an iconic site for the faithful. Once there something strange begins to happen—Christine appears to regain use of her limbs.