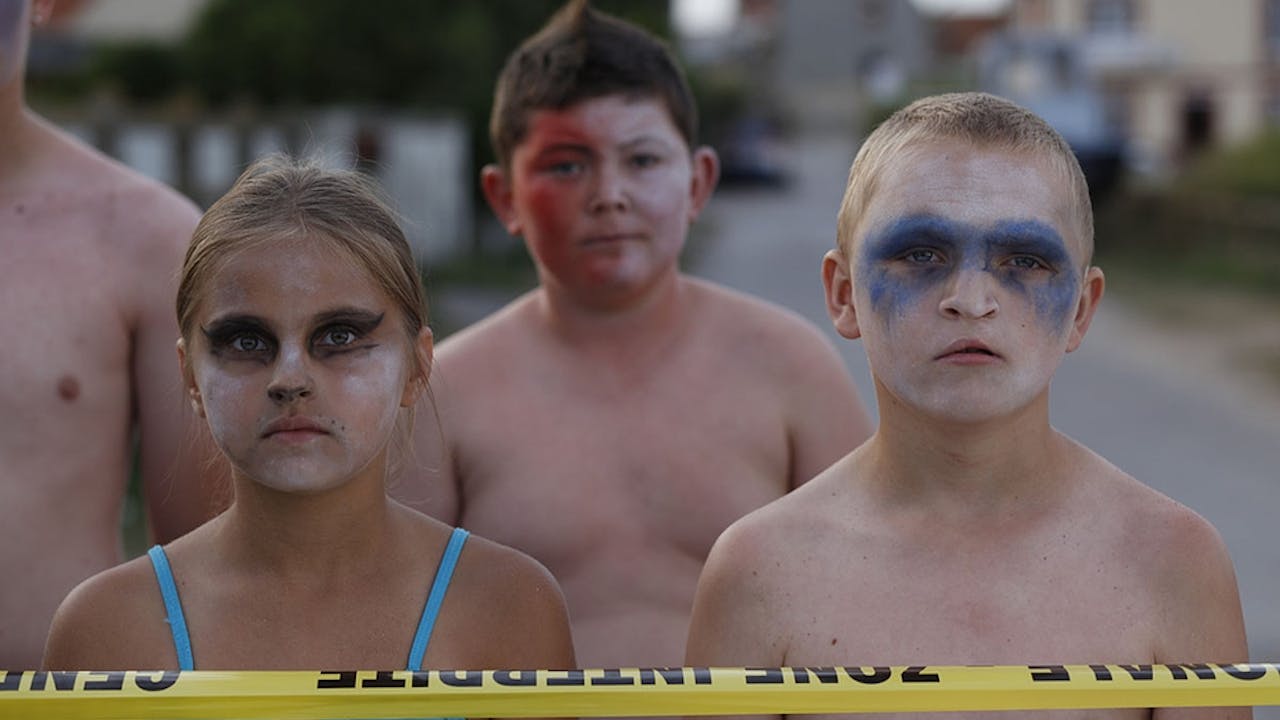 Bruno Dumont's four-part miniseries plies the conventions of the serial murder-mystery to satirize social and political realities in present-day France.

A bovine carcass is discovered inside a WWII bunker nestled along the windswept coast of Northern France. The droll Captain Van der Weyden and his assistant Carpentier are sent to investigate, intersecting with a gang of young pranksters at the scene of the crime. An autopsy reveals the dismembered remains of a human body stuffed inside the beast, soon identified as belonging to the wife of a local farmer. The impish Quinquin and his friends continue to make trouble as the investigation unfolds; meanwhile, a second cow surfaces on the beach.