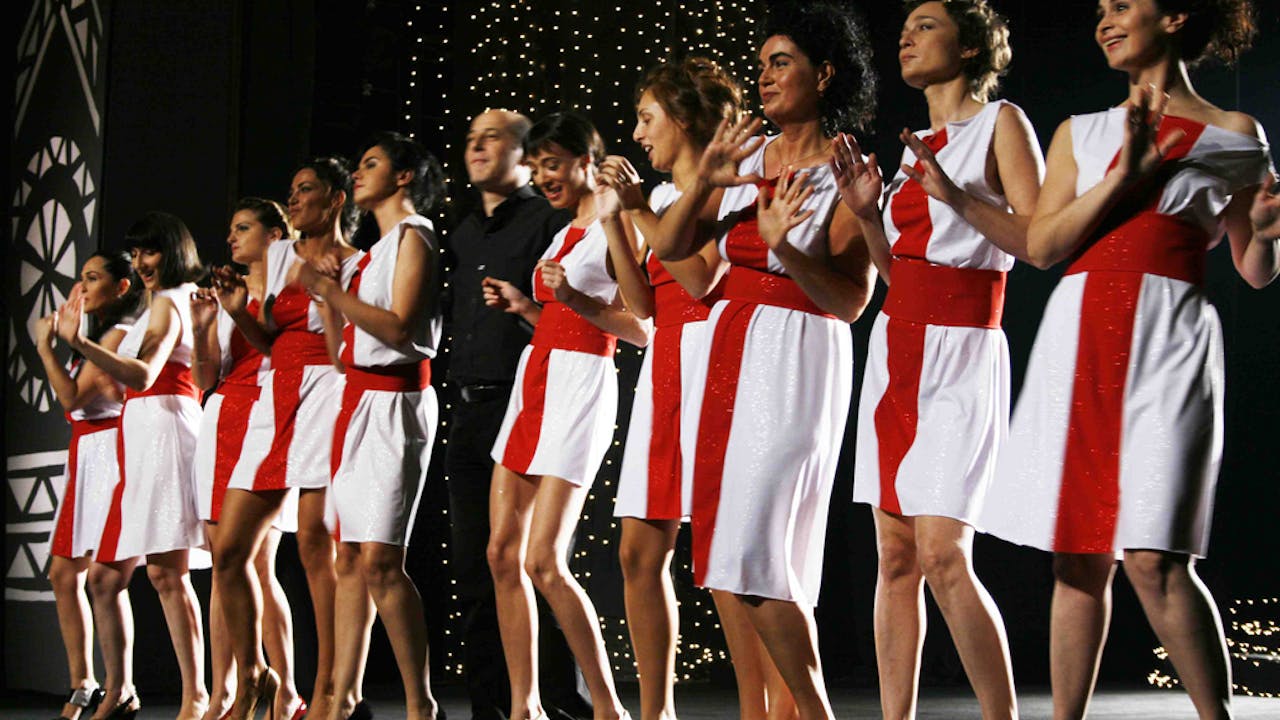 Keep Smiling explores pressing issues of contemporary Georgian society through the lens of broadcast television, calling into question the ethics of entertainment itself.

In the televised Georgian Mothers' Content, a group of ten very different women compete for the ultimate prize of $25,000 and a family apartment. Motivations range from the reward—considered seismic for the majority of the impoverished contestants. What begins as glimmering extravaganza slowly reveals itself as a humiliating amateur beauty contest, in which tragic stories of war, poverty and sexual abuse are exploited for entertainment and ratings.

Georgian filmmaker Rusudan Chkonia's first feature premiered at the Venice Film Fetival, and was selected as the Georgian entry for the Best Foreign Language Oscar at the 85th Academy Awards.