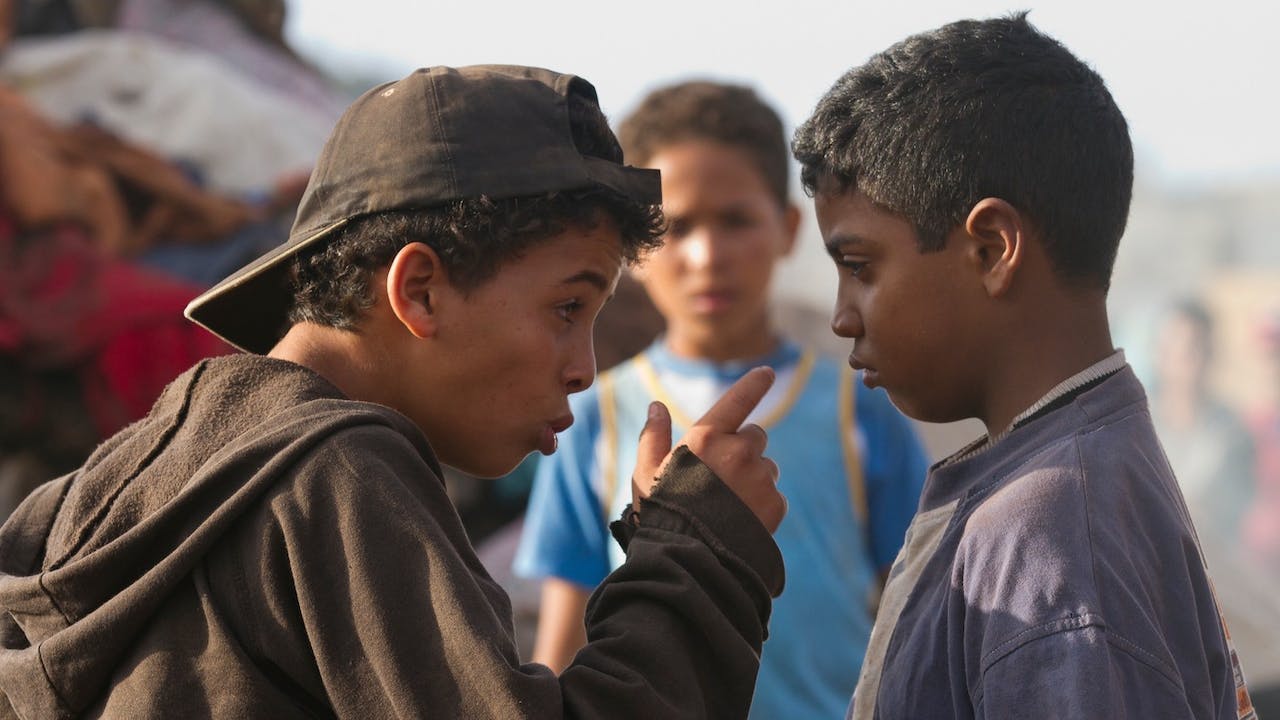 Based on the 2003 Casablanca bombings, Nabil Ayouch's fourth film was selected as Morocco's official submission to the 86th Academy Awards.

Yachine and his older brother Hamid reside in Sidi Moumen, a slum assembled along the periphery of Casablanca. Hamid soon falls under the influence of a local gang and lands in prison; he re-emerges some years later newly committed to a fundamentalist form of Islam. Longing to reconnect with his brother, Yachine begins attending the sermons of the Imam Abou Zoubeir, who soon announces that the boys have been chosen to perform an act of martyrdom.

Unsettling the facile binaries that often characterize our conceptions of terrorism, poverty, violence, and religious extremism, Horses of God premiered at Cannes, and was selected as Morocco's official submission to the 86th Academy Awards.