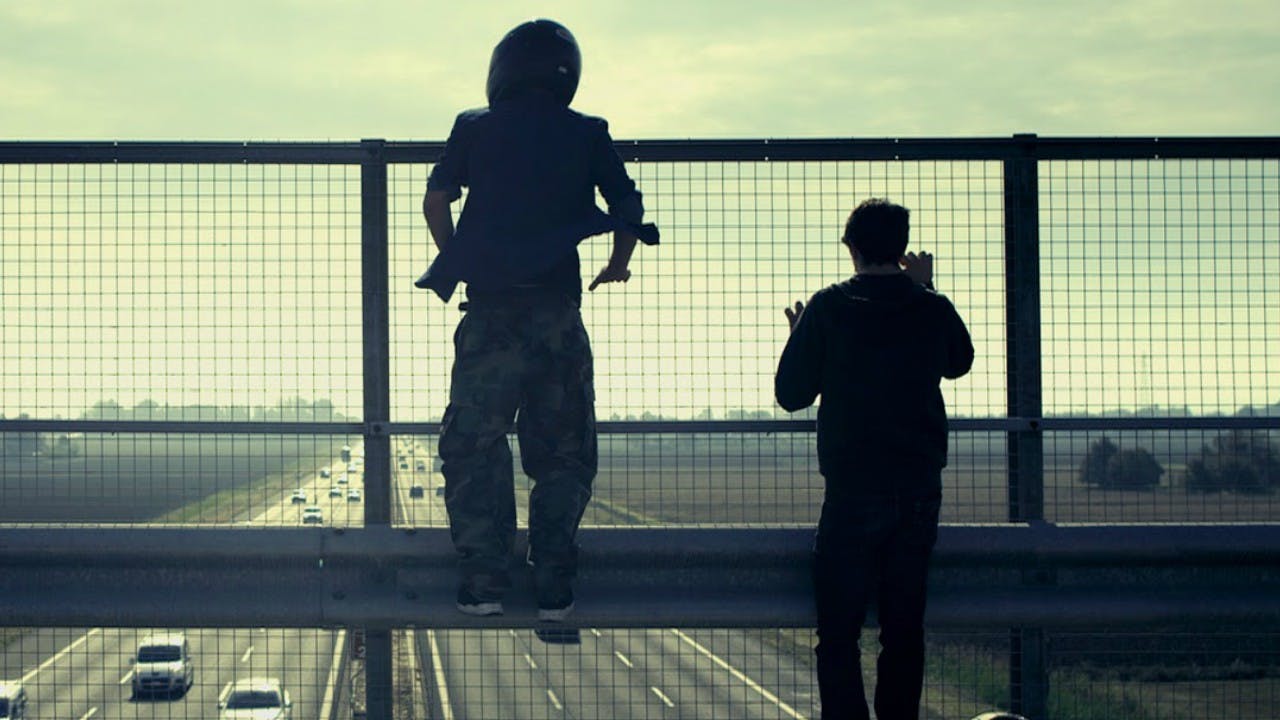 Pietro, Ivan and their friend Fabio, aka "Cosmic," live in the once-prosperous Po Valley. When news breaks of a large asteroid being monitored by the local astronomical station, the boys become convinced that it will collide with earth and destroy mankind.

Hovering between fiction and documentary and punctuated by moments of vernacular philosophy, Gli Asteroidi portrays a new generation of Italy haunted by the threat of extinction. Germano Maccioni's feature debut premiered at Locarno and Gent.