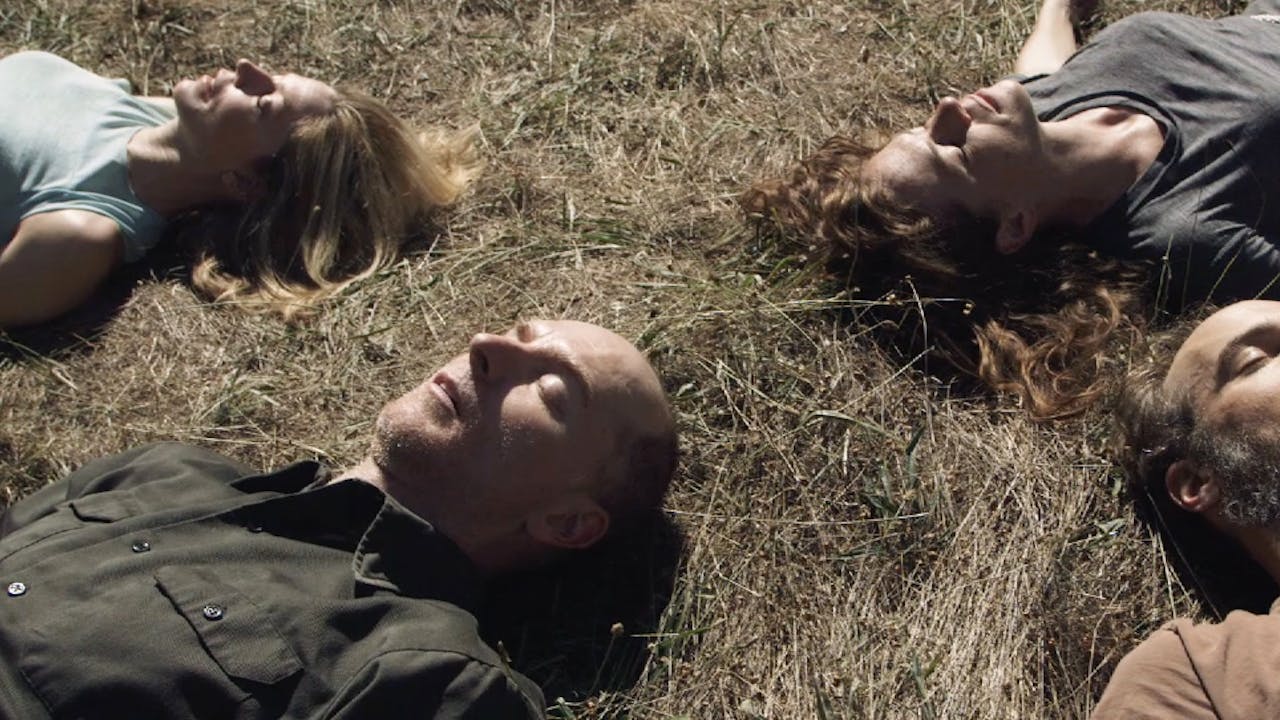 Probes the limits of self-proclaimed enlightenment as two married couples unravel in a California woodland cabin, far from civilization.

A remote cabin in the woods, somewhere in California. A husband and wife retreat to their isolated abode with the aim of revitalizing their marriage. Another couple soon arrives with an endless supply of red wine and similar ambitions for enlightenment. Entwined with nature, this curious foursome progresses from innocuous games and partner-swapping to breathing exercises, cleansing rituals and competitive spiritual gambits that approximate the threshold of physical and mental sanity.

Excursions premiered at Slamdance and New Orleans, and was named one of The Film Stage’s Best Undistributed Films of 2016.