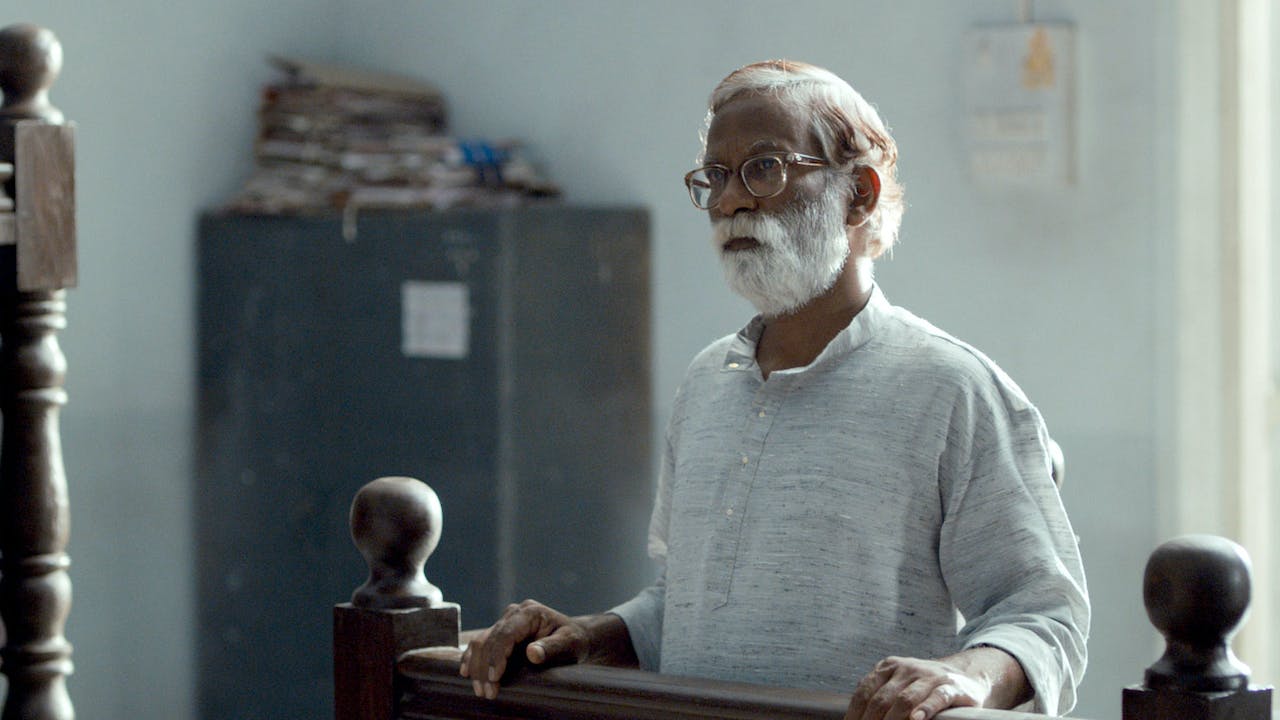 By day, Narayan Kamble teaches young children poetry at a local school; in the evenings he performs folk songs at political protests, lamenting the lack of social mobility available to India's lower classes. During one such performance Kamble is removed from the stage and arrested—he has been charged with abetting the suicide of a sewage worker, who was discovered dead in a drainage pipe not long after Kamble performed in his village. The ensuing trial pits the activist lawyer Vinay Vora against the public prosecutor Nutan, revealing a complex and entangled web of police corruption, vestigial colonial law, and procedural pretense.

Chaitanya Tamhane's debut film premiered at Venice, where it won Best Film in Orizzonti. Court is a New York Times Critics' Pick, and was selected as India's official submission to the 88th Academy Awards.