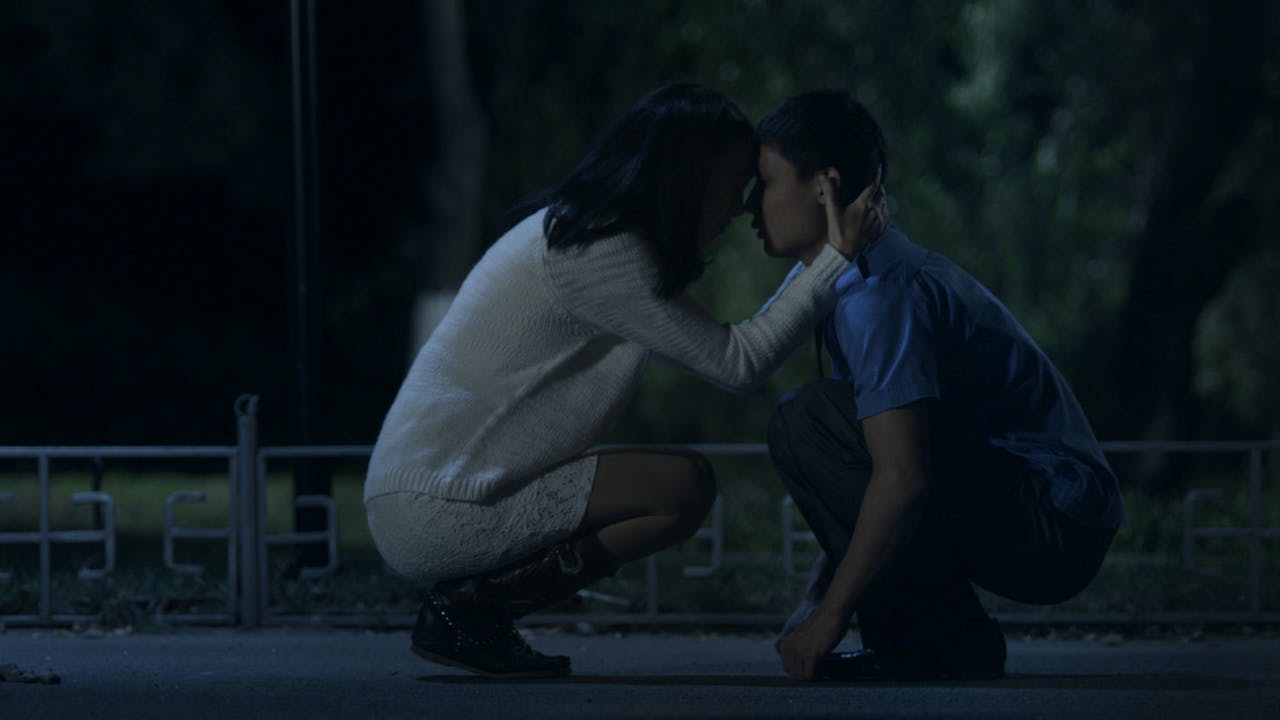 Adventure dramatizes the mundane life and active imagination of a nighttime security guard in Almaty, Kazakhstan.

Marat is a young man living and working alone as a security guard. His life is dull—until a young woman appears opposite his security post, four nights in a row. Kazakh filmmaker Nariman Turebayev's third film translates the premise of Dostoyevsky's White Nights to the post-Soviet capital of Almaty, in a subtle study of modern loneliness and the geography—both physical and spiritual—of the USSR's legacy in Kazakhstan today.

Adventure premiered at Karlovy Vary, Turin, and the Eurasia International Film Festival Almaty, where it won the FIPRESCI Prize.