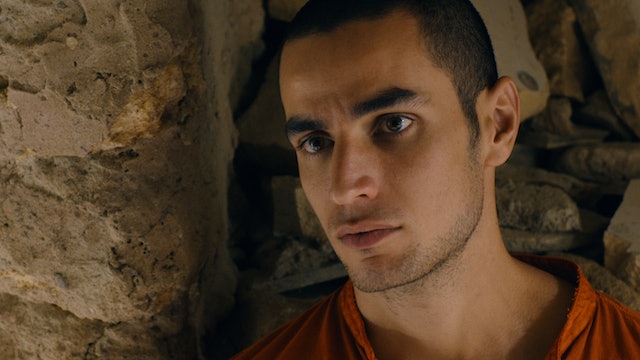 Several times per week, Omar scales the wall separating him from Nadia, a high school student he loves and intends to marry. Yet he does not always go undetected—following one of his visits, Omar is caught and beaten by Israeli soldiers until he is forced to incriminate himself in an unrelated crime. Suspicion builds as the Israelis seek intelligence on Omar's childhood friends, one of whom is Nadia's brother.

Evoking the paranoia and quotidian violence of life in occupied Palestine, and the transcendent nature of love, Omar is a stunning ensemble piece featuring largely untrained local actors. Hany Abu-Assad's sixth film premiered in Cannes's Un Certain Regard, where it won a Special Jury Prize.