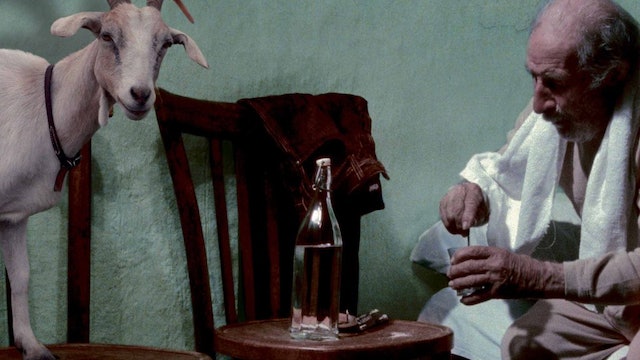 A goat-herder nears the end of his life in Calabria.

In the mountains of Calabria, a goat-herder is nearing the end of his life. He goes about his daily routines, attuned to the rhythms of nature.

Drawn from Pythagoras' philosophical notion of the "four-fold transmigration" of souls, yet rooted in the material rhythms of Calabria—its complex ecosystem of being(s)—Le Quattro Volte elevates the quotidian to the sublime, suspending the spectator in a mystical cinematic universe. Michelangelo Frammartino's second feature film premiered at Cannes, Locarno, and Reykjavik, where it won Best Film and the FIPRESCI Prize. Le Quattro Volte is a New York Times Critics' Pick. 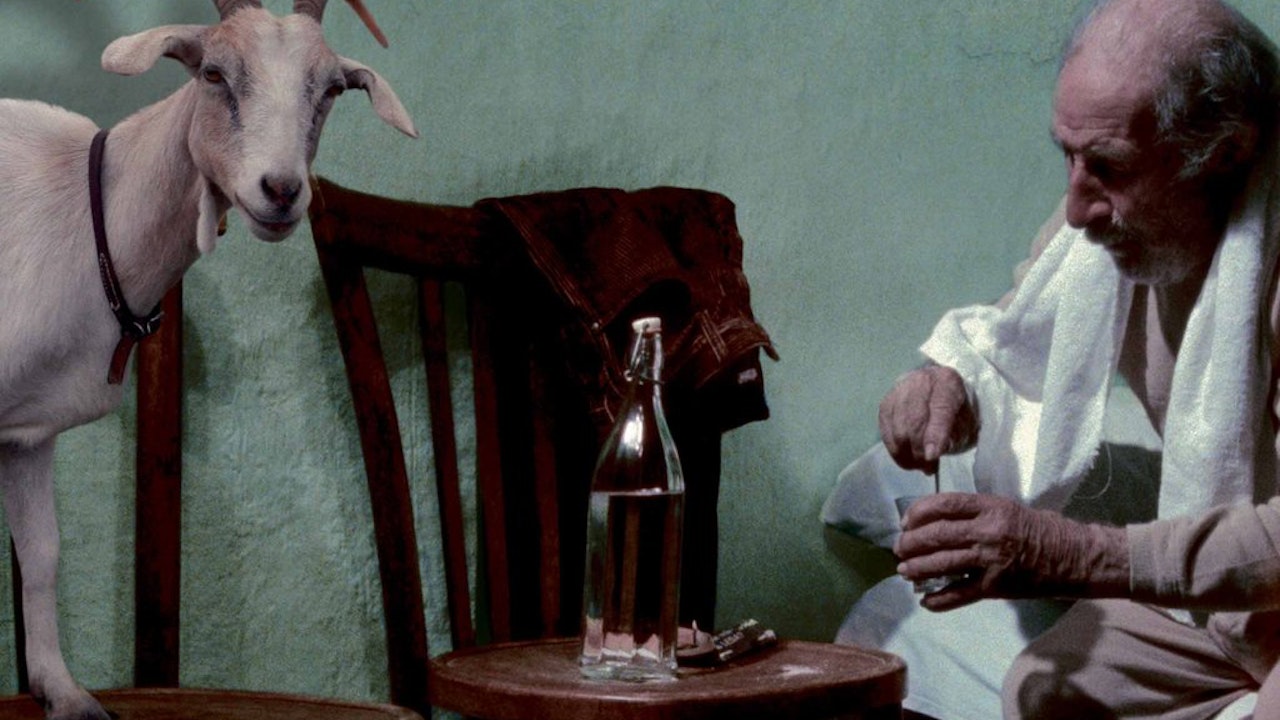