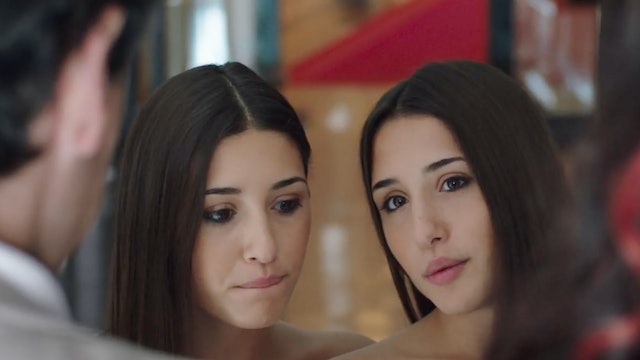 Two sisters coming of age in the rarest of circumstances.

Daisy and Viola are conjoined twins. Sharing an apartment with their parents in a run-down neighborhood of Naples, they have spent their childhood singing at weddings and parties, where audiences are as transfixed by their condition as they are the dulcet tones of their voices. At one such performance, a doctor informs them that surgical separation is quite possible. With different visions for the future, but a deep, shared love, Daisy and Viola explore the possibility of living apart.

Imbued with the whimsical energy of youth, Indivisible portrays two sisters coming of age in the rarest of circumstances. Edoardo De Angelis’s third film premiered at Helsinki, Cairo, and Venice, where it won the Pasinetti Award. Indivisible is a New York Times Critic's Pick.