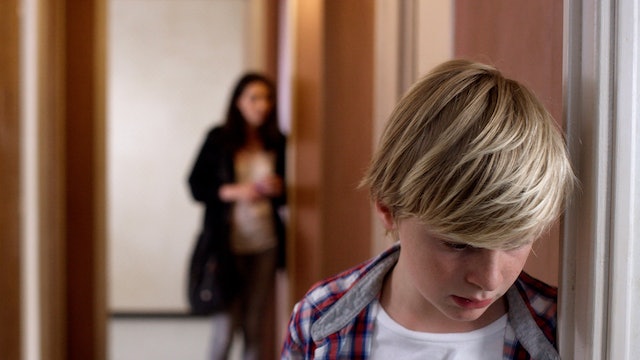 Miriam and Antoine's nearly two decades of marriage have arrived at a bitter divorce. Sitting before a judge, Miriam seeks sole custody of their two children—Joséphine, nearly eighteen, and her younger brother Julien—but Antoine is ultimately given the benefit of the doubt. This family's already brittle relations are strained further by Antoine's mandated visits with his son, an unwilling hostage to the escalating conflict.

Filmed in a cinéma vérité style and steeped in the airless atmosphere of familial drama, Custody is an expertly-crafted inquiry into the cascading effects of toxic masculinity and domestic violence. Xavier Legrand's first film premiered at the Venice International Film Festival, where it won Best Director; San Sebastián, where it won the Audience Award; and São Paulo, where it won the Critics' Award. Custody was nominated for ten César Awards, winning Best Film, Best Editing, and Best Actress, and is a New York Times Critics' Pick.