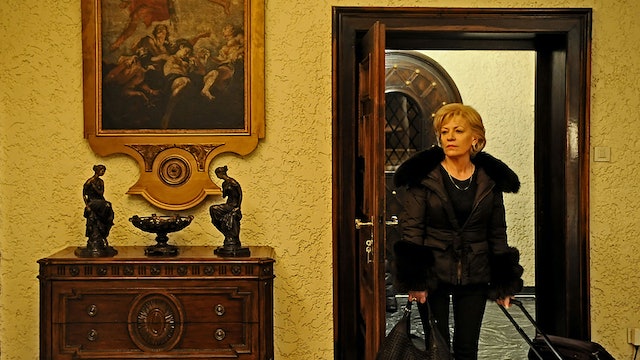 A chilling portrait of the logical limits of motherly care.

Cornelia has earned a living. A successful architect in Bucharest, she is also estranged from her son Barbu, a state of affairs she ascribes to Barbu's girlfriend. Despite all the luxuries her success has afforded him, Barbu seemingly wants nothing to do with his mother. When he is involved in a tragic car accident, striking and killing a young peasant boy, Cornelia will do whatever it takes to keep Barbu out of jail and, ultimately, win back his love.

A chilling portrait of obsession, corruption, and the logical limits of motherly care, Child's Pose immerses the spectator in the ambiguous ethics of the Eastern European bourgeoisie. Cãlin Peter Netzer's third feature premiered at BFI London, Karvloy Vary, and the Berlin International Film Festival, where it won the Golden Bear for Best Film. Child's Pose was the official Romanian entry to the 86th Academy Awards, but was not nominated.