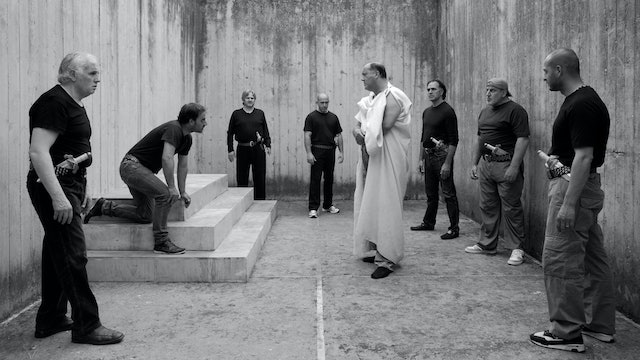 A director stages a prison performance of Julius Caesar.

Inside the high-security wing of Rome's Rebibbia Prison, a theater director seeks to stage a performance of Shakespeare's Julius Caesar. At first reluctant, the prisoners delve into liminal spaces between their characters and their selves—between guilt, pride, anger, and redemption—as opening night draws nigh.

Embracing a neo-realist aesthetic approach and dissolving the boundaries between reality and fiction, Caesar Must Die is an enthralling theatrical experiment and a testament to the redemptive power of art. Renowned Italian directors Paolo and Vittorio Taviani's film premiered at Berlin, where it won the Golden Bear for Best Film. Caesar Must Die was nominated for eight David di Donatello Awards, and is a New York Magazine Critics' Pick. 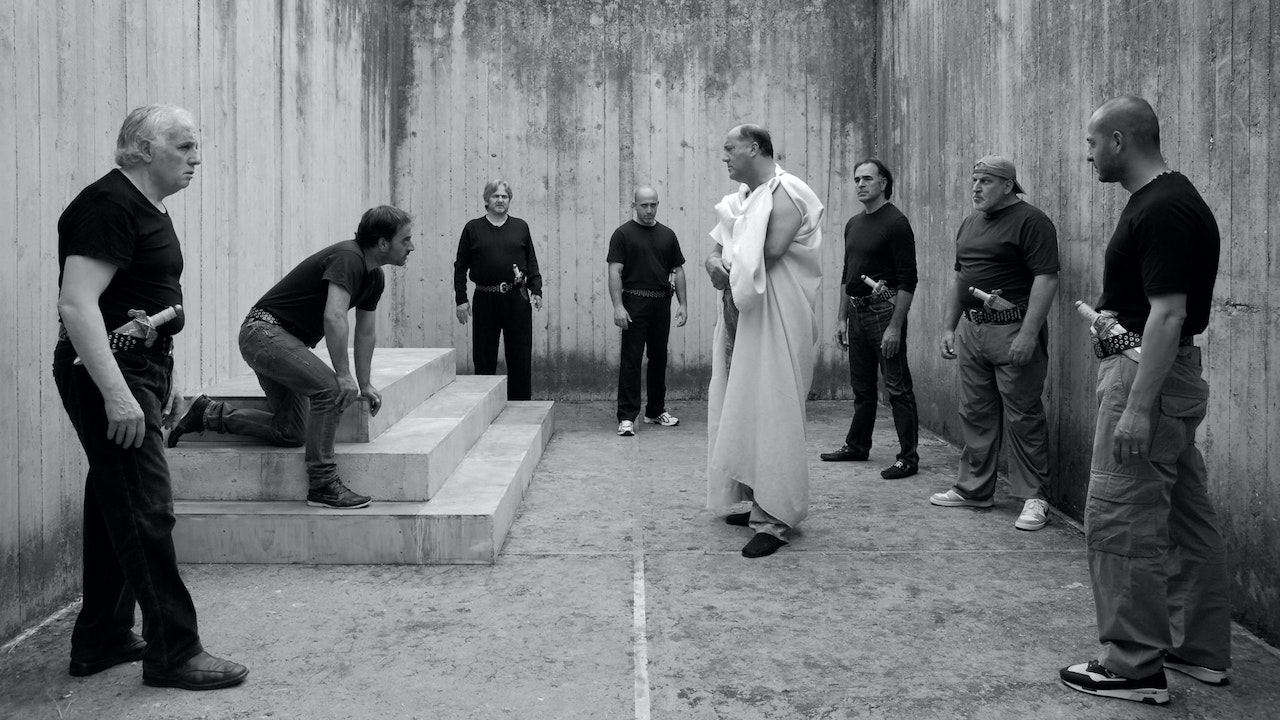