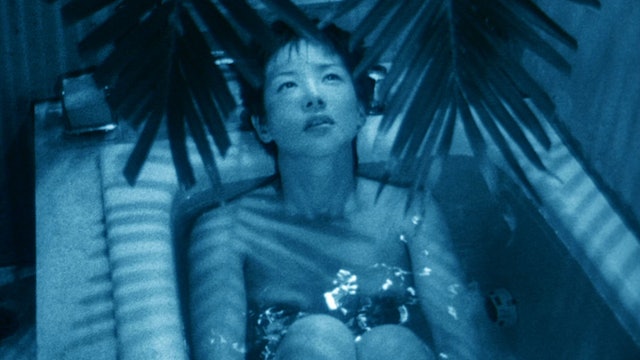 A Snake of June

On the surface, Rinko has a nice life. She has good looks, a decent job, and a successful older husband. These facts belie a sorrowfulness, however, rooted in a lack of intimacy between Rinko and Shigehiko, who works long hours and is a germaphobe. One day an anonymous letter arrives with incriminating photos of Rinko, setting in motion a chain of events in which she confronts her hidden desires.

Shot in steely monochrome cinematography, A Snake of June weaves an evocative tale of desire. Shinya Tsukamoto film premiered at the Toronto International Film Festival and Venice, where it won a Special Jury Prize.