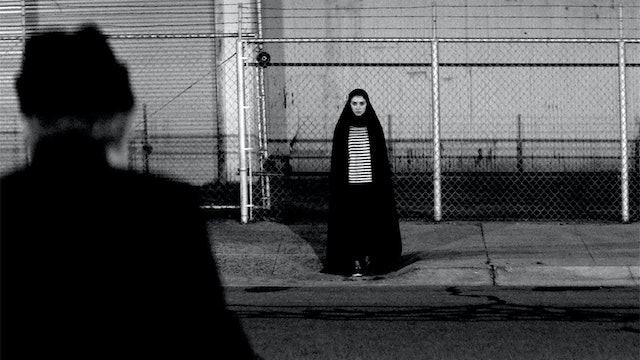 Strange things are afoot in Bad City. The Iranian ghost town, home to prostitutes, junkies, pimps, and other sordid souls, is a place that reeks of death and hopelessness, where a lonely vampire is stalking the towns most unsavory inhabitants. But when boy meets girl, an unusual love story begins to blossom...blood red.

Essay: Spectral Bodies and Politics in A Girl Walks Home Alone at Night 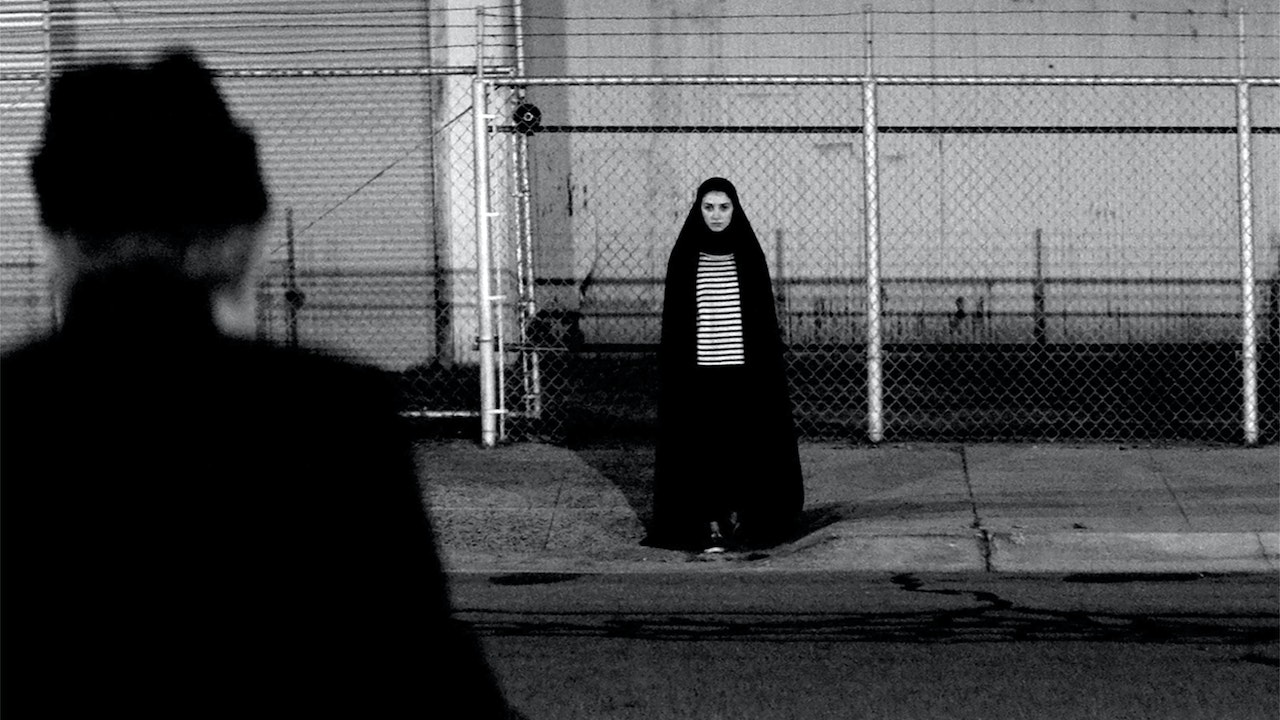